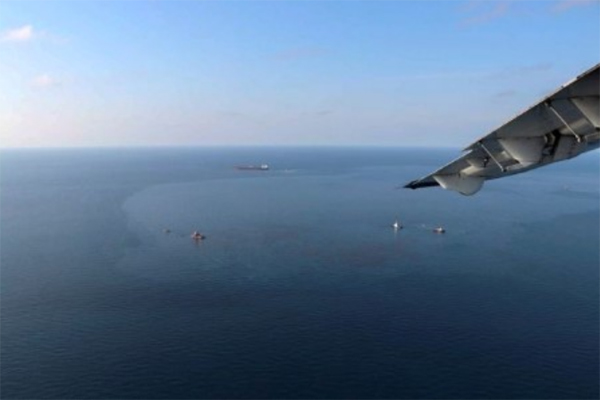 Thailand mobilised its navy and other agencies on Wednesday to contain an oil spill after an estimated 160,000 litres (35,195 gallons) leaked from an undersea pipeline about 20 km (12.4 miles) off its industrialised eastern seaboard.
The leak at the pipeline owned by Star Petroleum Refining Public Company started late on Tuesday, southeast of the Map Ta Phut Industrial estate, a major petrochemical complex, said Atthapol Charoenchansa, director-general of the Pollution Control Department.
Attapol warned fishermen to steer clear of the area but said the oil spill should be contained before it reaches the coast.
He earlier said Koh Samet, a resort island off Rayong province popular with foreign tourists, could be impacted by Friday, but has since revised the threat level.
SPRC's stock price plunged as much as 8.6 per cent in early morning trade after news of the oil spill.
Sophon Thongdee, Director-General of the Department of Marine and Coastal Resource, told ThaiPBS the cleanup should conclude on Thursday and there was no major damage to marine life or habitat.
However, experts would be dispatched to carry out further assessment, he said.
SPRC in a statement said the leakage was under control and only 20,000 litres of oil remained in the water.
The company also said that the leakage had not impacted refinery operation. --Reuters
Share