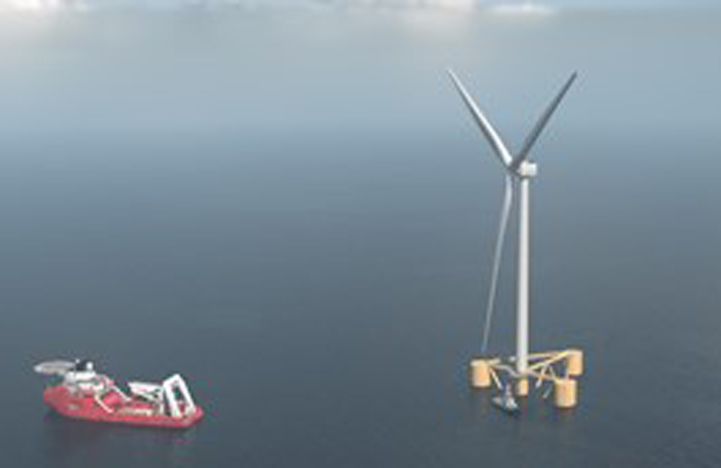 Renewables developer Cerluean Winds and Ping Petroleum UK have signed an agreement to create an offshore oil facility powered by wind energy in Britain, the companies said on Tuesday.
Under the agreement, the production unit at Ping Petroleum’s Avalon site in the UK's North Sea will be powered by a floating offshore wind turbine that will be connected via a cable to a floating production and storage vessel.
It will remove up to 20,000 tonnes of carbon dioxide emissions a year, equivalent to taking more than 4,000 cars off the road, Cerluean Winds said in a statement.
Ping Petroleum UK acquired a 100 per cent  stake in the Avalon site in August 2021, with production expected to begin in 2025. The field has a total estimated recovery of 23 million barrels of oil.
The development concept plans have been approved by the North Sea Transition Authority (NTSA), and a field development plan is to be submitted later this year.
Britain aims to have up to 50 gigawatts of offshore wind by 2030, up from around 10 GW currently, with up to 5 GW coming from floating installations in deeper seas.
The International Energy Agency in May 2021 said investors should not fund new oil, gas and coal supply projects if the world wants to reach net zero emissions by the middle of the century to try to slow climate change. – Reuters
Share