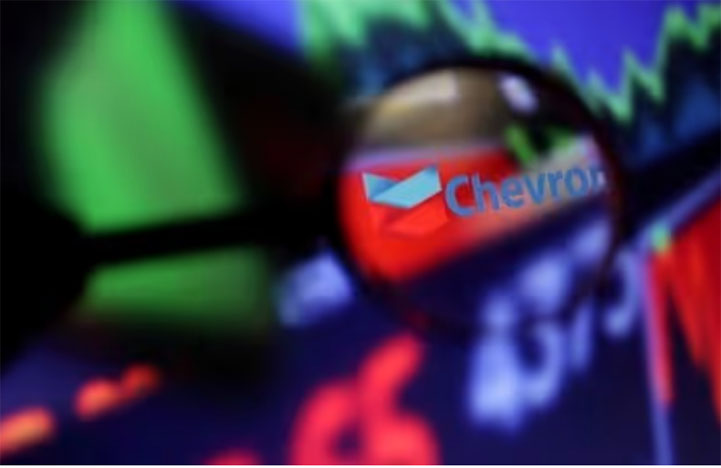 Chevron is marketing its interest in more than 2,000 oil and gas wells in Alaska, the company told Reuters , in a move that could mark the oil major's second exit from oil production in the state in three decades.
One of the earliest companies to prospect for oil in Alaska, Chevron helped develop the state's oil industry last century but later exited output there in 1992. It returned a decade later with its $20 billion purchase of Unocal.
The company is offering stakes in three oilfields, it confirmed. It holds around 10 per cent in Alaska's Endicott field, 5 per cent in Kuparuk field and 1.2 per cent in Prudhoe Bay. Bids are due this month. The stakes are non-operating interests that provide a share of profits.
Chevron estimates the proved and developed portion of these assets is worth $655 million, and including future development, it could be worth $926 million, according to a marketing document the company shared.
However, at current oil prices, a sale would likely fetch between $450 million and $550 million, according to a Rystad Energy analyst using comparable transactions.
If a sale materialises, Chevron would follow in the steps of BP Plc, which in 2020 sold its producing assets to closely-held Hilcorp for $5.6 billion and exited. Exxon Mobil separately transferred operations of Point Thomson oilfield to Hilcorp last year but retains a majority stake.
The properties offered include interests in pipelines in the Kuparuk and Endicott fields, according to the marketing document.
ConocoPhillips operates the Kuparuk field, while Hilcorp operates Prudhoe Bay and Endicott, and either could bid on the assets, two people familiar with the companies said, requesting anonymity to discuss private plans.
ConocoPhillips declined to comment. Hilcorp did not immediately respond to requests for comment.
The oilfields that Chevron is offering produce around 9,400 barrels of oil and gas per day. Overall production in the state has been declining since a peak in 1988 when output exceeded more than 2 million barrels of oil a day.
In 2021, Alaska produced 437,000 barrels of oil a day, the lowest since 1976, according to US government data. - Reuters
Share