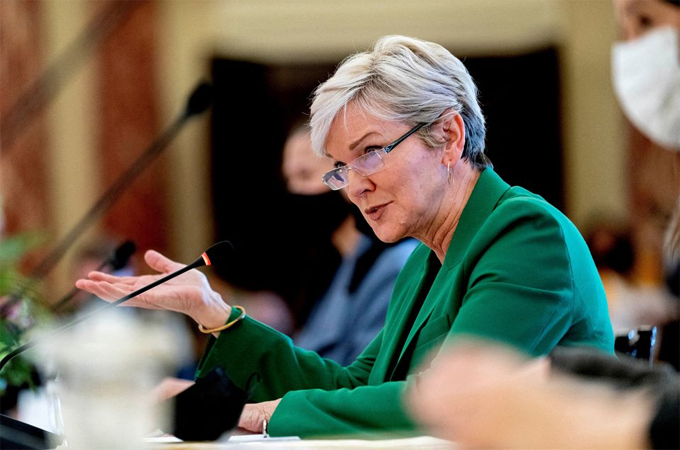 The Biden administration said it has approved conditional funding of up to $1.1 billion to prevent the closure of the Diablo Canyon nuclear power plant in California, as part of its effort to fight climate change.
The Pacific Gas & Electric plant, which was set to fully shut in 2025, applied for funding in the initial phase of the Department of Energy's (DOE) $6 billion Civil Nuclear Credit program meant to help keep struggling nuclear power reactors open. Diablo is the last operating nuclear plant in California.
The Biden administration believes nuclear power is critical in curbing climate change and wants to keep plants open ahead of the development of next-generation reactors. President Joe Biden wants to decarbonize the power grid by 2035.
The US nuclear power industry's 92 reactors generate more than half of the country's virtually carbon-free electricity. But about a dozen reactors have closed since 2013 in the face of competition from renewable energy and plants that burn plentiful natural gas.
US Secretary of Energy Jennifer Granholm said the grant was a "critical step toward ensuring that our domestic nuclear fleet will continue providing reliable and affordable power to Americans as the nation's largest source of clean electricity."
PG&E Chief Executive Patti Poppe told Reuters earlier this month that the company is applying to the US Nuclear Regulatory Commission (NRC) for a license to allow Diablo to continue operating. Poppe said the plant is also ordering more uranium fuel for the reactor, and dry casks for storing nuclear waste.
"There have been constraints on access to uranium," following Russia's Feb. 24 invasion of Ukraine, Poppe said.
EARTHQUAKE RISK
Critics of keeping open the 2,240-Megawatt Diablo Canyon plant, located next to the Pacific Ocean in San Luis Obispo County, say the region is vulnerable to earthquakes and that there is no permanent place for disposing of radioactive nuclear waste.
Suzanne Hosn, a PG&E spokesperson, said Diablo can "safely withstand extreme natural events, including potential earthquakes, tsunamis and flooding."
Hosn pointed to analyses performed in 2015 by the NRC after the 2011 crisis at the Fukushima Daiichi nuclear plant in Japan that was slammed by a tsunami, releasing radioactive materials and forcing the evacuation of some 80,000 residents. The NRC said in the 2015 reports that Diablo was safe from tsunamis including ones generated by underwater landslides and earthquakes.
"We can protect these facilities and the communities they serve," Granholm said.
Radioactive waste from nuclear power is currently held in casks and pools on site at plants across the country. The administration of former President Barack Obama killed the multibillion-dollar Yucca Mountain project designed to permanently store nuclear waste underground in Nevada due to local opposition.
Some politicians who have been wary of problems associated with nuclear waste have come out in support of the Civil Nuclear Credit program.
US Senator Dianne Feinstein, a Democrat from California, said extending the life of Diablo was necessary for the state to meet its clean energy goals and to deliver reliable power. Feinstein said she would monitor safety and environmental reviews of Diablo.
Not every plant that applied is getting funding in the initial phase of the program. Holtec International, which in May bought the Palisades nuclear plant in Michigan, said on Friday that DOE rejected its application for funding.
Final terms of the grant to PG&E are subject to negotiation and finalization, DOE said. -Reuters
Share