Salaries in industry lowest since 2015 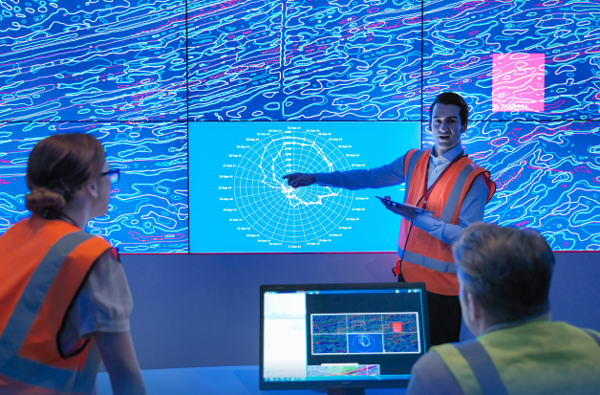 By Abdulaziz Khattak
Professionals in the oil and gas industry around the world had a mean base pay of $127,053 in 2020, the lowest since 2015, reported a global survey. With many being furloughed, laid off, or facing salary reductions, this year’s reported earnings of workers was lower than in recent years.
According to the annual SPE Membership Salary Survey conducted by the Society of Petroleum Engineers’ (SPE), other compensation (including bonuses) decreased in 2020 ($36,670) for the first time in the past five years, writes Abdulaziz Khattak of OGN.
The base pay in Latin America and the Caribbean remained about the same, but other compensation rose slightly, bringing the overall compensation up compared to last year. Members in all other regions reported earnings lower than in 2019.
Reservoir engineers reported earning the highest base pay ($158,857), followed by production engineers ($147,439). The highest average base pay for engineers was from independent oil and gas companies ($139,965). The lowest base pay reported was from national oil and gas companies ($56,072).
According to the survey, total compensation has decreased by 14 per cent or more across the board this year for the five job levels tracked.
● Executive/Top Management pay has fallen by 28 per cent this year, reversing an upward trend from 2016 to 2019. Executive/Top Management pay in North America decreased by 36 per cent. Members at this level who reported receiving a car allowance increased from 32 per cent in 2019 to 37 per cent in 2020. In the last three years, fewer Executive/Top Management respondents are citizens of the country in which they work (79 per cent in 2020, 81 per cent in 2019, and 89 per cent in 2018).
● Manager/Director pay increased slightly in 2019 but then decreased by 16 per cent in 2020. More respondents at this level reported receiving a car allowance this year (40 per cent) compared to 32 per cent in 2019.
● Supervisor/Superintendent/Lead compensation declined in 2020 for the third year in a row—the decrease from 2019 to 2020 was 14 per cent.
● Professional/Individual Contributor and Technician/Specialty/Support Staff compensation declined further this year. Professional/Individual Contributor compensation decreased by 18 per cent from 2019-2020 to $131,458.
● Technician/Specialty/Support Staff compensation decreased by 14 per cent from 2019-2020 to $79,082. This is a greater decrease than the 3 per cent and 11 per cent decreases seen between 2018-2019 for each respective job level.
Compensation for engineers
Full-time engineers reported earning an average of $138,536 in total compensation with great variation based on the region in which they work. The base salary of engineers in Russia and Caspian is $28,361 and in Africa $46,281. Bonus compensation is between $10,000–20,000 for engineers in most regions. Bonus, base, and overall compensation are highest in North America.
Engineers who participated in the survey have an average of 14 years of overall and oil and gas experience. In the Africa and Russia and Caspian regions where pay is lowest, engineers have an average of 10 years of overall work experience.
Interestingly, in these two regions as well as Europe, most of the engineer respondents have a master’s degree or higher level of education completed. In North America where total compensation is highest, only one-third of engineers reported having a master’s or higher degree completed, and have about the same overall experience as engineers in other regions.
Types of engineers
A variety of engineers operate in the oil and gas industry. In 2020, the survey asked engineers for the job title that most aligned with their role.
Reservoir engineers reported the highest average base pay ($128,932). More than half of the reservoir engineers have a degree beyond a bachelor's (57 per cent) and have 16 years of work experience on average. Reservoir engineers have the highest overall compensation with $158,857 but tend to not have a car allowance (86 per cent without).
Production, completion, and drilling engineer base pay is close to $110,000. Production engineers have the highest bonus and other compensation ($37,161). Drilling engineers and completions engineers have a nearly identical base, other, and total compensation. Drilling engineers have three years of experience more on average and 40 per cent of drilling engineers have a degree beyond a bachelor’s. More than one-in-four completions engineers have a car allowance.
Respondent demographics
SPE’s annual survey conducted in July 2020 asked nearly 31,000 professional members from 76 countries to report their compensation from June 2019 to June 2020.
More than three-quarters (77 per cent) of the respondents are citizens of the countries in which they work. Their employers’ headquarters are based in 73 countries. Nearly two-thirds (62 per cent) of the respondents are based in countries outside of the United States.
More than one quarter (26 per cent) of respondents work for an independent oil and gas company. Nearly one-third (30 per cent) are employed by a service or manufacturing company. Almost one-fifth (18 per cent) are employed by an integrated oil and gas company, and less than one-tenth (9 per cent) work for a national oil and gas company. This year, 6 per cent of members reported working for a consulting company.
The average age of professionals in the survey is 42 years old, the same as the prior eight years. However, this demographic varied by gender. Male respondents are 43 on average, and females 37. The percentage of female participants included in the report is similar to previous years at 15 per cent (13 per cent in 2019 and 2018).
Across job levels and gender, respondents indicated they began working at an average age of 24.
Nearly half (48 per cent) of professionals reported an education level higher than a bachelor’s degree, continuing a steady upward trend seen since 2016.
“Globally, 2020 has been a challenging year, particularly for professionals in the oil and gas industry. Industry professionals went through a previous industry downturn when oil prices decreased significantly from 2014 to 2016,” the report said.
“Oil prices began climbing again from 2016 onwards but had not returned to 2014 price ranges. Then came 2020 – the global Covid-19 pandemic affected public health and daily routines in nearly every corner of the world. As people stayed home, lack of demand led to market oversupply and falling oil prices. The WTI crude price even went negative briefly in April 2020. The prolonged pandemic’s impacts continue to influence demand,” it added. —Tradearabia news Service
Share