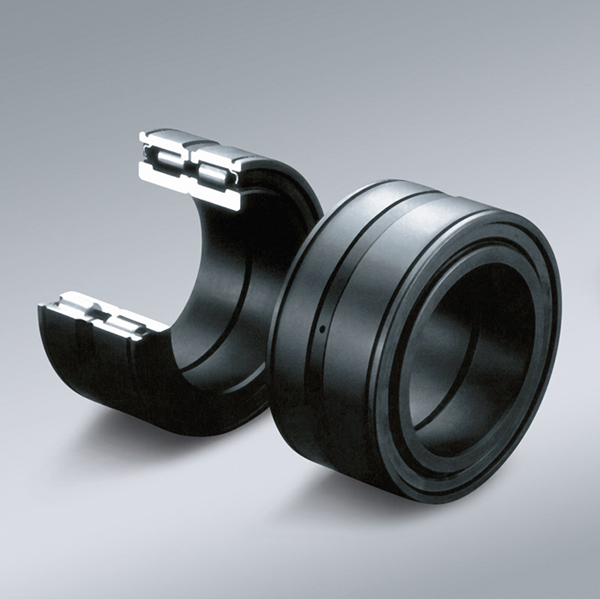 A change of bearing type on the carousel of a casting line, coupled with a small recommended design change, has led to savings of €100,095 ($117,866) per annum at a leading manufacturer of gas turbine blades after it began experiencing bearing failures every six weeks. Due to the short service lifetime demonstrated by its existing bearings, the manufacturer decided to call upon the specialist team of application engineers at NSK. Using its AIP Added Value Programme, NSK undertook a full review of the existing design, which included an inspection of the failed bearings.

Analysis revealed that an extremely caustic solution (50 per cent sodium hydroxide at 180 deg C) was being used as part of the casting process, which combined with high loads and assembly misalignment, was causing bearing lubrication and seizure problems. The problem was exacerbated by inadequate sealing of the bearings.

NSK, therefore, proposed switching to its range of sealed cylindrical roller bearings, which would prevent the ingress of the aggressive caustic solution and simultaneously improve sealing performance. An alternative design of carousel wheel was also proposed that would further improve protection against contaminants and simplify assembly. Trials showed that these changes resulted in bearing lifetime being doubled, leading to a significant reduction in downtime and maintenance. As a result, the manufacturer´s remaining casting lines were also modified.

NSK's sealed cylindrical roller bearings offer high load capacity and advanced sealing, making them ideal for use in the demanding conditions that prevail in casting shops and other steelmaking environments. Machined holes on the inner and outer rings of the bearings allow the replenishment of lithium grease in situ, while the provision of a phosphate surface treatment to improve corrosion resistance is a further benefit.