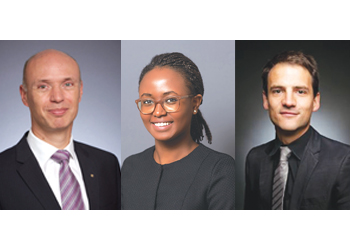 Willems, Kamau and Coppens ... EU green rules are both a challenge and an opportunity for the GCC

GCC exports to the EU will most likely be affected by new green rules, which are set to review close to 48 initiatives covering sectors such as energy, plastics and chemicals, Arnoud Willems, Dominic Coppens and Maryanne Kamau, tell OGN

GCC companies need to prepare themselves for a wave of new ‘green’ rules in the European Union (EU), creating challenges and opportunities for their exports to the EU and other export markets, as other countries may follow the EU’s lead and adopt similar rules.

The Green Deal is Europe’s man on the moon moment. The plan was unveiled in December 2019, and its implementation is already well underway.

So, what is the Green Deal about? It is about redesigning a broad set of economic policies to achieve the EU’s ambitions of becoming a climate-neutral and resource-efficient sustainable economy, Arnoud Willems, Dominic Coppens and Maryanne Kamau, tell Abdulaziz Khattak of OGN.

The EU aims to cut its GHG emissions by at least 55 per cent by 2030 and become the first climate-neutral region by 2050. To achieve these ambitions, the EU is setting out to redesign its existing policies.

Given the breath of the Green Deal, GCC exports to the EU will most likely be affected by new ‘green’ rules over the coming years. Indeed, the policies subject to review are wide-ranging, with close to 48 initiatives covering sectors such as energy, transport, textiles, plastics, chemicals, metals, automotive, electronics and agriculture.

In essence, the Green Deal is about raising EU environmental standards across the full range of areas, and ensuring a level environmental playing field for all goods and services – domestic and imported alike – sold on the EU market. As a result, in return for importing ‘sustainable’ products and services, the EU effectively exports its new green rulebook.

It is, therefore, not surprising that other countries have raised concerns about the EU’s ambitious plans. However, whilst expressing support for a multilateral approach, the EU maintains that it cannot wait for others to agree on international rules. For the EU, the time to act is now. We highlight some EU actions of particular relevance to GCC industries.

At the heart of the EU’s Green Deal is the goal of decoupling economic growth and resource use. The EU wants to move from a 'take-make-use-dispose' linear economic model, towards a circular model that keeps resources and products in the value chain.

To achieve this shift, the EU will adopt regulations that affect the entire value chain, from the design and production of products to their use, reuse, repair, and recycling.

As a result, goods sold in the EU, including imports, will be subject to a range of new regulations that seek to create the regulatory incentives and disincentives needed to make the economy circular. These will include standards for product design, production, content, and performance; labelling requirements; restrictions or bans on harmful inputs; tracking and tracing requirements for the supply chain; changes in the respective rights and responsibilities of producers/sellers and consumers; and standards for resource recovery.

To give just a few examples, from July 2021, single-use plastics for which no alternatives exist, (for example, cutlery, straws, and certain food and beverage containers) will be banned in the EU.

All PET bottles sold in the EU must contain, at least, 25 per cent recycled plastic by 2025; and 30 per cent by 2030. The Commission also proposed that certain batteries sold in the EU will have to include minimum recycled content, and be subject to a carbon footprint declaration. This means that, for products sold in the EU, the EU will regulate much more closely not only what the product is, but also how it was made, in the GCC region or elsewhere.

For companies, one message is clear: You may no longer be able to sell your existing products into the EU without changes or without additional costs.

To address the risk, companies should seek to stay abreast of developments and, if they wish, provide their input in the EU legislative process. These changes offer opportunities for companies able to capitalise on the new regulatory incentives.

For GCC countries and companies that are able to seize these opportunities, it may provide an impetus to diversify further their economies and to boost sustainable growth and innovation.

Similar impetus will come from the EU’s ambition plan to decarbonise its energy system by creating a circular energy system, using cleaner electricity and promoting renewable and low-carbon fuels, including hydrogen.

Concrete proposals are in the making, which will accelerate the move away from fossil fuels in the EU market, possibly affecting exports from the GCC region.

The EU is intending to introduce the first ever 'carbon border adjustment mechanism' (CBAM) on carbon-intensive goods. The European Commission will table a concrete proposal in June of this year, with the ambition to have the CBAM in place by 2023.

With CBAM, the EU wants to address the risk of 'carbon leakage'. The EU is concerned that if EU companies are the only ones subject to a carbon price – by participating in the EU Emissions Trading System (ETS) – their products may be displaced by cheaper imports not subject to a carbon price, or they may move production activities outside the EU to countries with lower carbon controls.

The key features of the CBAM are still undecided. One important element is the selection of sectors that will be subject to the CBAM. Discussions point to targeting sectors considered to be at risk of carbon leakage, initially focusing on steel, ferroalloys, cement and aluminium. This will affect GCC exports in the selected sectors and their downstream users, who might face more expensive inputs.

While still assessing different options (such as import tax or excise duty), the EU seems inclined to subject imports to a notional ETS. This would mean that importers must purchase carbon permits from a parallel system to the EU’s ETS, reflecting the same carbon price.

By imposing a similar carbon price on imports, the EU seeks to address the risk of carbon leakage.

The EU’s justification raises many questions, including whether the CBAM will take into account the carbon price paid by imports in their country of origin, where they might, for instance, be subject to a similar ETS.

The EU recognises the need to align the CBAM with its obligations under the World Trade Organization (WTO) agreements.

The CBAM, however, raises novel questions under WTO law, which are yet to be tested. Several WTO Members, such as Russia and China, have voiced concerns that the proposed CBAM would not be WTO-consistent. At the same time, other Members, such as the US and Canada, have expressed an interest in following the EU’s example.

* Arnoud Willems, Dominic Coppens and Maryanne Kamau are lawyers at Sidley Austin in Brussels. The views expressed in this article are exclusively those of the authors. This article does not constitute legal advice. 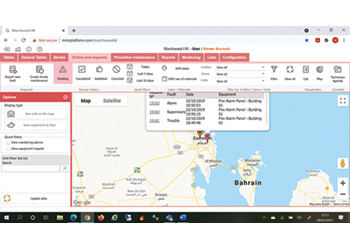 Are bankruptcies healthy for the tight oil sector?