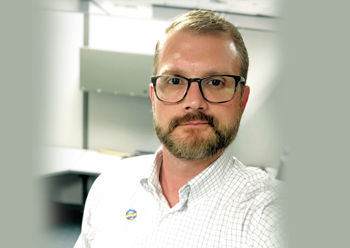 Sampling is integral to an effective production strategy but when margins are thinner, operators look to cut costs and this leaves them exposed, Richard Barr and Jake McCreless from Proserv’s global sampling team explain

The core case for analysing the fluids produced from wells is succinctly summarised by Jake McCreless, who leads business development for Proserv’s sampling offering across the Americas: "It comes down to optimising hydrocarbon production, field performance and the costs when issues arise. Not doing so effectively can seriously hamper, or even halt, operations from the Middle East to the Gulf of Mexico."

On the United Kingdom Continental Shelf, a major area of activity for the Aberdeen-based controls technology business, 146 million barrels of oil equivalent were lost from production in 2019 alone and, according to Richard Barr, who looks at global business development, "effective, pinpointed production chemistry could potentially have alleviated a proportion of this."

Barr adds that the process of sampling is integral to an "effective production strategy" but, due to the volatile and often cyclical nature of the industry, when margins are thinner, operators look to cut costs and this leaves them exposed.

He says: "If you don't know you have a problem until you experience it, then clearly your strategy is completely reactive, not proactive, and could cost you a lot of money."

For subsea wells, sampling fluids at the wellhead is Proserv’s default recommended approach to obtaining representative samples that can flag up likely problems that could impact the smooth stream of oil from the reservoir to the production platform: in other words, the flow assurance.

McCreless points to the fact that oil, and the substances found within it, can be corrosive, toxic and inevitably damaging to the vital infrastructure required for production such as pipelines. It needs regular monitoring. He provides a powerful example:

"Let's say you have a well in 2,000 m of water; oil needs to travel 20 miles from the wellhead to the production platform. And anywhere along that point, if there's any kind of pipeline obstruction, it could be due to wax, asphaltene or scale, and any kind of flow assurance issue (if that causes downtime, and you're talking about a 30,000 barrels per day well), you’ve got a serious and expensive, problem."

He says there is no quick fix in such a situation as "it would take several weeks using traditional means to first get the well isolated, sampled and then to diagnose the exact problem and to mitigate it", and in the meantime millions of dollars of lost production mount up.

Barr says the issue can be accurately pinpointed in a fraction of the time and the outage greatly minimised with an effective subsea sampling strategy already in place, taking a sample at the wellhead using Proserv’s engineered cylinders, qualified for use in severe environments, and transporting it directly to a laboratory.

Globally, Proserv, experts in the provision of subsea control systems and retrofits, is seeing more and more activity in tiebacks on brownfield assets as operators remain cautious about development expenditure and, for the sampling team, this presents added dangers around flow assurance, as new connections are made to existing infrastructure.

Barr highlights a situation Proserv encountered with a European producer that utilised a co-mingled pipeline (effectively steering oil from multiple wells into one channel) as it had assumed the fluids from two different wells were "more or less" the same. However, there were small but critical differences including wax properties and composition:

"Their assumptions were wrong. In the end, they built up such a blockage that they couldn't remediate it and, in the end, had to replace the entire pipeline, use a chemical inhibitor to stop the issue occurring again and pay that heavy price. Initially, the operator was complacent."

Barr continues: "The ideal sample would be down in the well itself from the reservoir, but that involves really big costs and a lot of planning. So, subsea sampling provides a more realistic option. It’s still expensive, as it might require an ROV to complete, but you get a representative sample at the subsea wellhead which tends to be upstream of most of the issues that will occur in the pipeline."

Proserv provides a full portfolio of sampling whether topside or subsea but there is little need for the latter in the Middle East. However, the monitoring of produced fluids remains vital as McCreless explains:

"In the Arabian Gulf, you’ve got a market that has been active for several decades, so there is a real need to regularly analyse samples flowing through that mature, brownfield infrastructure. Most sampling is conducted topside but one of the key factors to monitor in the region is wax deposition due to the paraffinic crude oil produced. It can cause huge problems with miles-long wax candles clogging up pipelines."

McCreless says that either heating the pipeline to melt the wax or using chemical inhibitors (the cheaper option) can effectively rectify the problem.

Another issue in the Middle East, and multiple other regions, is the presence of hydrogen sulphide (H2S). This colourless gas is highly corrosive and toxic, and needs to be monitored to protect personnel, production assets and the environment.

McCreless is quick to exemplify the high quality of Proserv’s own sampling systems. He says: "Our systems have been designed to the correct metallurgy and specification to ensure there is no corrosion or stress. Sampling H2S requires using the right technology because you could take a sample and if it were to prove unrepresentative, at any phase in the production cycle, you are taking risks."

Proserv’s reputation in this specialism has seen it secure valuable contract awards from one of the Arabian Gulf’s biggest players as the need to integrate sampling into core production processes is rightly prioritised.

PREVENTION IS BETTER THAN CURE

Both McCreless and Barr spend a lot of their time talking to customers to enlighten them of the advantages of adopting a joined-up sampling strategy as part of their production plan. However, quite often, Proserv’s experts are called in when the issue has already manifested itself.

McCreless concludes: "In some senses, there is a dichotomy between the engineering side often looking to optimise and increase production, and then the science and the chemistry that is needed to provide a fuller accurate picture. Finding a balance is the best outcome; so on the one hand not rushing to production, perhaps risking complacency, but then not overspending on the scientific side.

"If an operator is producing thousands of barrels a day from a well, with the revenue that can generate, then the comparatively minor investment in a top-quality sampling system to mitigate any potential flow assurance problems, and prevent a complete shutdown, is an insurance policy worth paying."