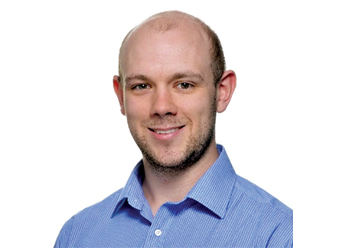 There is nothing holding back H2 technology other than political-social will and the integration of each technology into one functional system, and this will be a much larger challenge than the development and scale up of new technology, Dr Peter Clough tells OGN

Achieving net zero emissions is easy; there is no technological challenge or difficulty in reducing emissions to net zero in any location around the world.

According to Dr Peter Clough, Lecturer in Energy Engineering at Cranfield University, UK, we have the technologies and whilst there are different optimal combinations of these for different locations, there is nothing holding back their deployment.

"What I would like to ask you, is where will hydrogen play a role in all of this?"

The electricity generation sector is formed of two main types of technologies: Those that can operate flexibly; and those that can’t. Both are required and neither is more important than the other in terms of reaching net zero.

The third element, and probably the most important, is everything else required to balance the flexibility in production to meet the demand.

Hydrogen could play a part in each of these parts of system and although it would prove an expensive way to generate electricity, it could be very useful in providing flexible energy storage.

Some might say there is no limit to what hydrogen can be used for, and in some ways they are correct. We could use hydrogen to decarbonise everything, almost overnight (by making some big assumptions, but surely it’s possible).

"However, this goes back to my first point; we have got lots of technologies, almost too many in some cases (consider how you could decarbonise heating and cooling). It is now a matter of selecting the ‘right’ ones and deploying them as fast as possible," says Clough.

At Cranfield University, it offers Masters level education in everything from renewable energy to chemical engineering with a very strong emphasis on energy and business. It trains and develops the minds of future leaders in the energy sector; those that will go onto to lead and influence the decarbonisation pathways of individual countries.

Cranfield University is currently leading and hosting the research and development for a world-leading low-carbon hydrogen production pilot plant in the HyPER project.

The HyPER project is collaboration between Cranfield University, GTI and Doosan Babcock, and is funded through the Department for Business, Energy and Industrial Strategy’s Energy Innovation Programme.

In this project, design and construction has begun of a state-of-the-art 1.5 MWth hydrogen production pilot plant at Cranfield University to test an innovative hydrogen production technology that substantially reduces greenhouse gas emissions. Commissioning and operation will begin towards the end of the year.

The outputs are high purity streams of hydrogen and carbon dioxide which can be then stored, sold or transported to where it is needed. A key benefit of the new process is that it could be more economical and efficient than other technologies as the product streams are pressurised.

The demand for low-carbon hydrogen is expected to increase significantly in the future, as it becomes a key method for decarbonising a vast array of industrial operations, transportation, and natural gas fuel replacement.

It is very important to consider where hydrogen comes from and the ‘colour’ of hydrogen.

Currently most hydrogen is ‘grey H2’ which means it is derived from natural gas. However, in the future this is likely to switch to ‘blue H2’ and ‘green H2’, meaning it comes from natural gas with CO2 capture and renewables, respectively.

The HyPER project is looking to develop a novel blue hydrogen technology where the CO2 capture is not a secondary thought or a bolt on, rather it is fully integrated into the process. This is one of the key benefits that enables the HyPER project to demonstrate hydrogen production at an approximately 20 per cent lower levelised cost of hydrogen compared to steam methane reforming with CO2 capture and storage.

By producing H2 at the lower cost and very high levels of CO2 capture, it opens up many other potential use cases and markets and yet still enables net zero by 2050 to be an achievable target.

The climate is breaking down now and we cannot afford the time of arguing and deliberating over what technology we build; we just need to get building as the technology is there and ready.

"I would argue the only part worthy of discussion is where H2 is used, as we could lock ourselves into a market application for decades to come that could be better served by another decarbonisation technology," says Clough.

This point was highlighted by Liebreich Associated (see Figure 3) where it points out there are some cases where hydrogen is an absolute must for rapid decarbonisation but there are others (urban vehicles as an example) which could very easily be decarbonised by electrification or other means, especially as the infrastructure is already years ahead of H2.

Equally there are cases in the middle where H2 could be utilised and may make a lot of sense, i.e. larger heavy goods and construction vehicles. 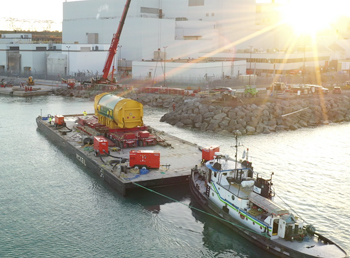