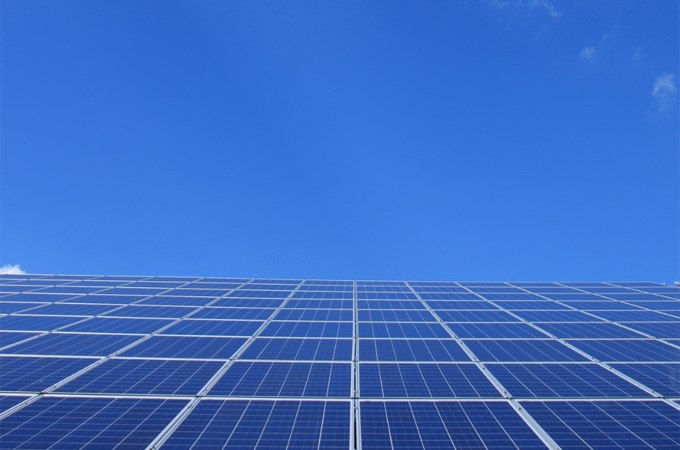 The Biden administration on Wednesday released a report showing the US can get 40% of its electricity from solar energy by 2035, a significant jump.
The Solar Futures Study outlines how solar energy can help decarbonise the US power grid and help achieve a Biden administration goal of net zero emissions in the electricity sector by 2035.
“The study illuminates the fact that solar, our cheapest and fastest-growing source of clean energy, could produce enough electricity to power all of the homes in the US by 2035 and employ as many as 1.5 million people in the process,” Secretary of Energy Jennifer Granholm said in a statement.
The report lays out several steps the US should take to achieve the 40% target, including installing 30 gigawatts per year of solar capacity between now and 2025 and 60 GW a year between 2025 and 2030.
It also calls for deploying tools to expand transmission of solar energy such as storage, microgrids and forecasting, which will play a "role in maintaining the reliability and performance of a renewable-dominant grid," the Department of Energy said.
The administration is ramping up efforts to expand renewable energy. Last month, the Interior Department announced it would begin a process to ensure easier access to vast federal lands for solar and wind energy, addressing the renewable energy industry’s voracious need for acreage.
Biden's goal to decarbonise the power sector by 2035 would require an area bigger than the Netherlands for the solar industry alone, according to research firm Rystad Energy.
The US solar industry said the report underscores the need for "significant policy" support.
Over 700 companies sent a letter to Congress seeking a long-term extension of a solar investment tax credit, which would "ease project financing challenges" and include standalone energy storage.
"After years of policy whiplash, it’s time that we give clean energy businesses the policy certainty they need to clean up our grid and create the millions of jobs necessary to build an equitable clean energy economy,” said Solar Energy Industries Association (SEIA) president Abigail Ross Hopper. - Reuters
Share