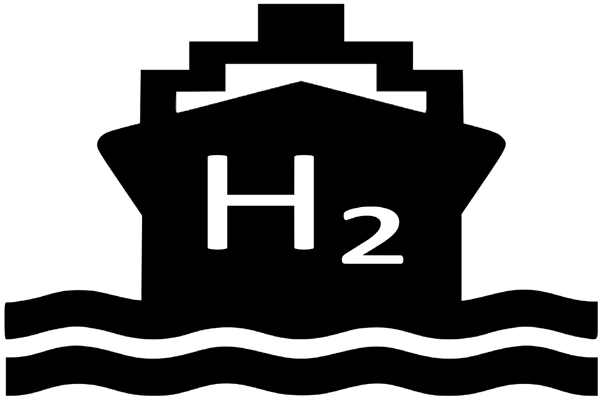 Korea Shipbuilding & Offshore Engineering (KSOE) expects to have the technology to transport hydrogen by ship by 2025, an executive said, targeting a breakthrough in supplying a fuel touted by supporters as offering a major source of clean energy.
The development by KSOE, the shipbuilding arm of Hyundai Heavy Industries Group, one of the world's biggest shipbuilders, comes amid growing global interest in rolling out hydrogen as a cleaner fuel alternative. Vessel makers worldwide are looking at ways to transport the gas, currently supplied via pipelines and trucks.
A major challenge is to keep the hydrogen chilled at minus 253 degrees Celsius - only 20 degrees above absolute zero, the coldest possible temperature - so it stays in liquid form, while avoiding the risk that parts of a vessel could crack.
"We already have developed a concept ship with a capacity of 20,000 cubic metres," said Yoo Byeong-yong, vice president with Korea Shipbuilding & Offshore Engineering's (KSOE) Energy System Research Institute.
Though small at 20,000 cubic metres compared with the largest liquefied natural gas (LNG) supertankers - which can carry up to 266,000 cubic meters - the hydrogen tankers will grow in size as the technology develops.
Around 20 ships with a 20,000 cubic meters capacity are expected to be built in the decade starting in 2030, and if demand grows that could increase to 200 larger vessels of 170,000 cubic metres after 2040, according to industry estimates in South Korea, one of the world's shipbuilding powerhouses.
"We foresee the global hydrogen market will grow rapidly after 2030 and demand for ships will grow accordingly," said Yoo, speaking in a video interview from Las Vegas during the CES tech trade show. KSOE expects hydrogen tankers to be commercialised between 2025 and 2027.
KSOE's Yoo said in the early stages ships transporting hydrogen would be fueled by LNG, but the vessels could be powered by hydrogen itself once the hydrogen market matured.
Shipping, which transports about 90 per cent of world trade and accounts for nearly 3 per cent of the world's CO2 emissions, is under growing pressure from environmentalists to deliver more concrete action.
Industry regulators say first net-zero ships must enter the global fleet by 2030, and ships powered by green hydrogen could help meet the target. --Reuters
Share