US Houston could permanently close after fire hits coker 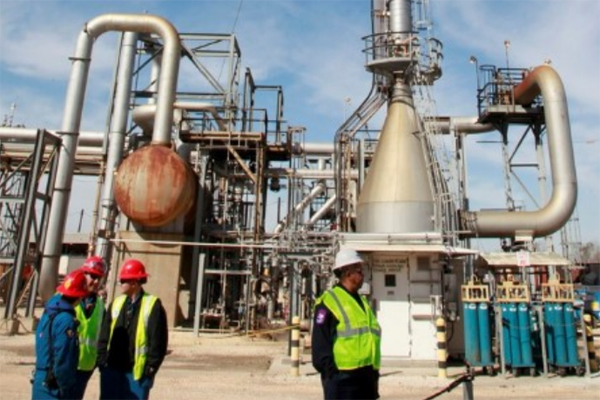 LyondellBasell Industries NV shut the larger of two cokers at its 263,776-barrel-per-day (bpd) Houston refinery following a fire on Tuesday, sources familiar with plant operations said.
It was unclear whether the fire on the 57,000-bpd 737 coker would speed up plans for a permanent closure of the refinery, the sources said. The refinery can operate at a reduced production level with only one coker.
Lyondell was battling the blaze at 6:31 a.m. CDT (1131 GMT) on Tuesday, according to a community warning message, and it was out in half an hour.
In an emailed statement, Lyondell spokesperson Chevalier Gray said no injuries were reported. The company had started an investigation into the fire.
The sources said the fire began in a heater on the coker. Bricks, which form part of the insulating refractory on the heater, had collapsed within the last two months, the sources said. It was unclear if the brick failure was related to the start of the fire.
Lyondell said in April it would permanently shut the refinery by year-end 2023.
Sources have told Reuters that Lyondell would permanently close the refinery ahead of the December 2023 deadline if one of several major production units, including the cokers, is shut and cannot quickly return to production.
Gray did respond to a question about the fire's possible impact on the timing of the refinery's permanent closure.
An early closure of the refinery could heighten the risk of fuel shortages in the United States and pressure fuel prices, already sky-high due to pandemic recovery and disrupted oil markets following Russia's invasion of Ukraine.
At least five refineries shut during the pandemic, leaving the United States structurally short of capacity for the first time in decades.
The US also faces a well-above-average hurricane season this year, with about half US refining capacity along the Gulf Coast.
Cokers convert residual crude oil from distillation units to either motor fuel feedstocks or petroleum coke, a coal substitute. --Reuters
Share