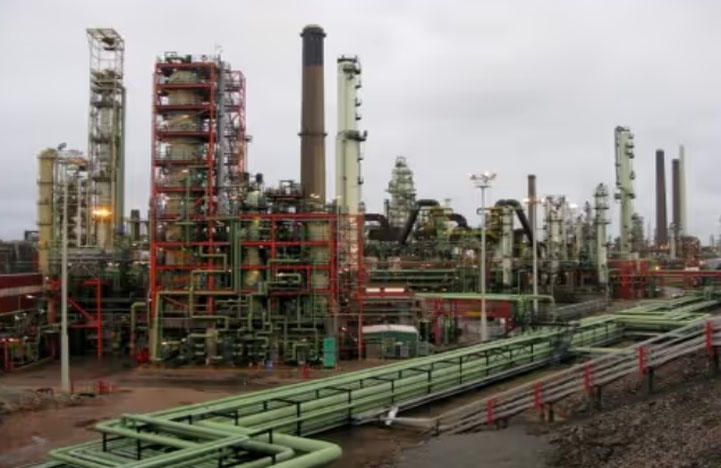 Finland's Neste said it was looking into replacing crude oil with renewable feedstock at its Finnish oil refinery, the last one of its plants to use the fossil fuel.
"The transformation under study would start with the co-processing of both renewable and circular feedstock," Neste said in a statement, adding the refinery's long-term capacity could be between 2 million and 4 million tonnes per year.
Neste said it had launched a strategic study which could lead to the firm quitting crude oil at the Porvoo site in southern Finland in the mid-2030s.
Neste has three refineries of which the Finnish is the only one using crude oil.
"Transformation of such scale would create the need for significant investments over the coming decade," it said without providing further detail on costs.
It was also exploring possibilities to produce green hydrogen at the site.
Russian oil used to account for more than two-thirds of Neste's crude oil feedstock but the refiner swapped it for North Sea oil days after Russia invaded Ukraine in February 2022. - Reuters
Share