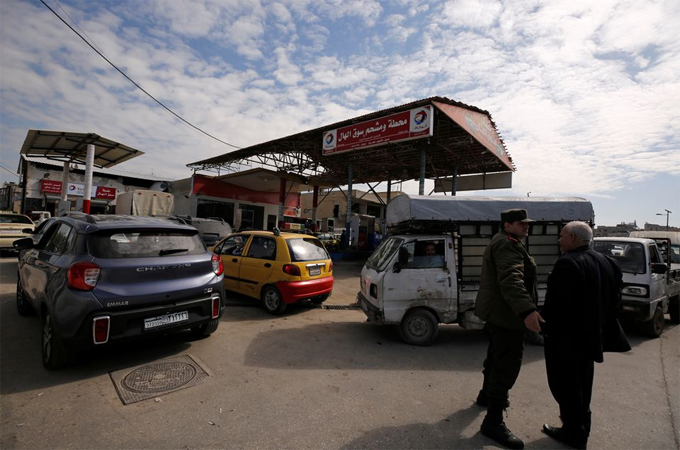 Syria announced cuts to the amount of fuel it provides to government workers to help cope with shortages that have led a number of mobile phone towers to go offline.
Prime Minister Hussein Arnous ordered a 40 per cent reduction in the amount of fuel provided to government workers and restrictions on official travel for non-urgent purposes, according to a statement.
Public transport was exempted, said the statement, which blamed shortages on delays in shipments and US sanctions.
Subsidised fuel is already hard to come by in Syria, with people often waiting weeks for notifications to receive less than a full tank of gas. Those who can buy non-subsidised fuel must brave long queues at petrol pumps.
Fractured by a more than decade of conflict that has frozen on most fronts, Syria's economic crisis is exacting an increasingly heavy toll that the United Nations says has left more people than ever in need of humanitarian aid.
The once-productive Syrian economy, already hit by extensive damage to infrastructure and industries during the war, has plunged further since 2019, when contagion from neighbouring Lebanon's financial crisis led the Syrian pound to collapse. -Reuters
Share