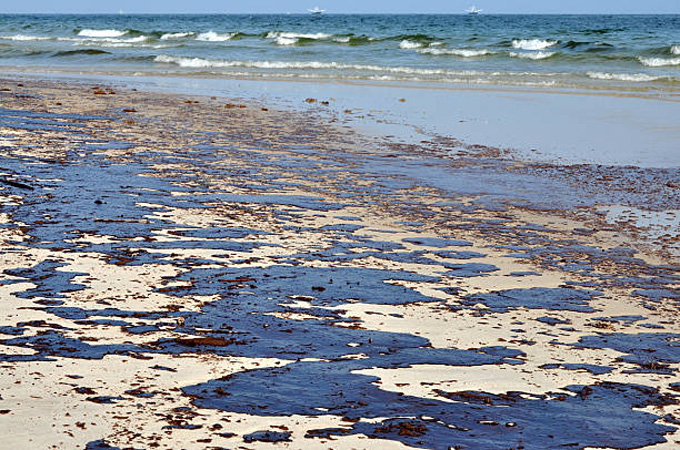 Hundreds of Thai villagers and small business-owners have filed lawsuits for damages worth 5 billion baht ($152.72 million) against Star Petroleum Refining (SPRC), PTT Global Chemical and government agencies over an oil spill, a law firm representing the complainants said.
The lawsuits allege a lack of maintenance of an underwater oil pipeline owned by Star Petroleum, which last January leaked an estimated 50,000 litres (13,209 gallons) of oil into the ocean, said Rising Sun law firm, which is representing the group of 837 complainants.
Some of the oil reached the shoreline of the eastern province of Rayong, causing damage to the local environment and tourism.
Rising Sun law firm said the lawsuits also included complaints over failure to deal with the leak and excessive use of dispersant to clean up the water. Separate suits were filed against Thai government agencies to speed up rehabilitation of the Rayong ecosystem and pressure Star Petroleum Refining and PTT Global Chemical to set up a rehabilitation fund for villagers worth 5 billion baht.
Star Petroleum said in an e-mail that it has provided 337 million baht in relief for 12,361 people so far and that it could not comment legal cases.
PTT Global Chemical did not immediately respond to a Reuters request for comment. Chevron, which holds a 60.56 per cent stake in Star Petroleum, declined to comment.
Last year, Star Petroleum it had spent $42 million on emergency response and financial relief for those impacted.
"About 70 per cent of those who been affected have received assistance from the companies," Athapol Charoenshunsa, Director-General of Department of Marine and Coastal Resources told Reuters on Monday.
"But some have not received what they demanded and they are within their right to take legal action," Athapol said. -Reuters
Share