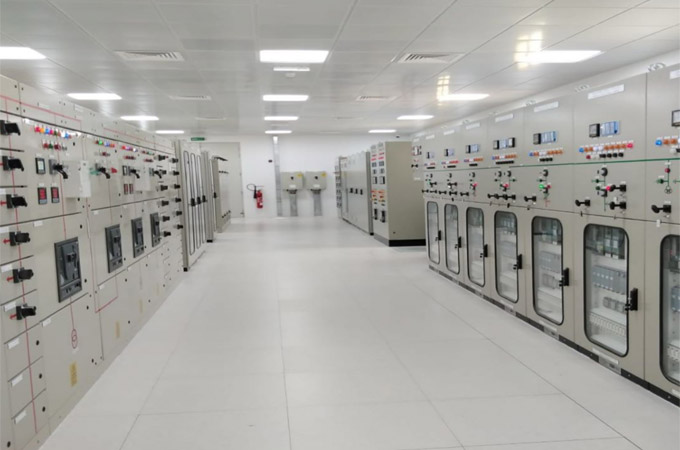 Oman's Special Economic Zone at Duqm (Sezad), in cooperation with the Rural Areas Electricity Company (Tanweer), has completed the construction of the main electricity transformers station in the Fisheries and Food Industries Zone.

Ahmed bin Ali Akaak, Acting CEO of the Special Economic Zone at Duqm, confirmed that the station is designed with high Omani standards and equipped with latest electrical equipment and systems. It will feed a number of existing and under construction projects in the Fisheries and Food Industries Zone, the multi-purpose Fishing Port and the Artificial Intelligence Zone. The distribution network consists of 11 kV and 415 V ground cables, which are connected to distribution stations divided in the targeted zones.

However, the main station contains a number of electrical transformers, control rooms, measurement and protection equipment and devices, and SCADA control and monitoring system. The station feeders operate on 33 kV annular voltage to ensure continuous power supply to the projects in case of any feeder gets an emergency failure. The station will feed the current and future electrical loads in these areas.

“Electricity has already been supplied to different investors’ projects while a number of other requests for electricity are being reviewed for the under construction projects in  the Fisheries and Food Industries Zone, Artificial Intelligence Zone, and the multi-purpose Fishing Port project. On the other hand, electricity network has been connected to nine projects, such as fish factories, ice factories, fish oil factories and fish canning factories, while work is underway to connect the Port and main water tank to the Fisheries and Food Industries Zone,” Ahmed Akaak stated.

He added that work is underway to cover all the targeted zones with electrical network in the Special Economic Zone at Duqm. This serves completing the necessary electrical connections plan to include all blocks and zones by 2023, by supplying required electrical loads to all investment projects. – TradeArabia News Service