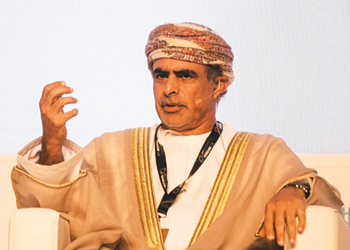 Oman, the biggest Middle Eastern oil producer outside Opec, expects to discover and explore for more gas northeast of the sultanate in the area where the giant Mabrouk field is estimated to hold more than four trillion cubic feet of gas and 112 million barrels of condensate, the country’s oil and gas minister told S&P Global Platts.

Already, Total and Shell are conducting downstream and upstream projects in Mabrouk that could cost more than $20 billion, Mohammed Al-Rumhi said.

Oman, which currently produces around 3 billion cubic feet of gas per day, is ramping up exploration and undertaking multi-billion dollar projects to monetise gas from the field that was discovered in 2018. State-run Oman Oil Co., Total and Shell are partnering in the upstream development of Mabrouk while Shell and Total are separately working on a gas-to-liquids (GTL) plant to be developed by Shell and an LNG bunkering facility to be developed by Total.

"These projects are still in a very early stage. We are doing appraisal of the discovery and we expect to make more discovery in the same neighbourhood," the minister said. "Right now we have more gas than we can consume."

Oman, which produced 971,070 bpd of oil and condensate in June, is banking on more gas discoveries with the help of international oil companies.

The Gulf country has 5.4 billion barrels in oil reserves and 23.5 trillion cubic feet of gas, according to BP’s 2019 Statistical Review of World Energy.

The country expects to award two blocks to international oil companies soon as part of efforts of ramping up exploration activities, Rumhi said.

Oman will be the second country in the Gulf after Qatar to develop a GTL project, which is expected to have a capacity of between 40,000 to 50,000 bpd and will be located in the up and coming industrial city of Duqm on the Arabian Sea.

Total will develop the LNG bunkering facility in the port city of Sohar.

"We think we will make more money from GTL. It does not take a genius to see that niche liquids produced from gas will be more sought after by consumers. It is a better project than to put all of our eggs in LNG," the minister said.

"LNG bunkering, it will be a longish buildup because it is a new concept in the world of shipping."

"We expect to see more decline from the old gas prospects or gas fields, and part of Khazzan will fill that decline," the minister said.

"There is also growth in our consumption and growth is mainly taken by growth in power and water as well as … industrial usage."

Oman also plans to boost its refining capacity, which currently stands at around 330,000 bpd.

It is building in Duqm a 240,000 bpd refinery, a 50-50 joint venture between Oman Oil and Kuwait Petroleum International.

Some 60 km from Duqm, Oman wants to transform Ras Markaz into an oil storage hub, where oil is exported and imported and eventually traded.

In July, Oman signed a memorandum of understanding with Iraq, Opec’s second largest producer, to explore the possibility of building a refinery in Iraq, the minister said.

Oman is still mulling investing in a refinery in Sri Lanka, he said.

Oman, which is a member of the Opec/non-Opec agreement to extend collective oil output cuts of 1.2 mbpd up to the first quarter of 2020, believes the agreement is working although Brent oil prices are stagnating at $60-$65 per barrel.

"The oil price is stable, which is good," he said. "Stability is something we aspire to achieve and I think we are succeeding to a certain extent."

Regarding the recent tension in the Strait of Hormuz, the minister said that Oman is not significantly affected. Omani ports lie outside the Strait.