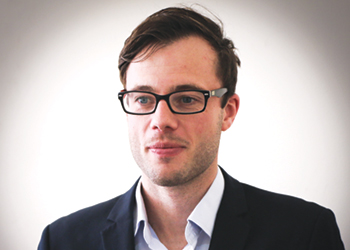 MICHAEL PURKISS, General Manager, Abu Dhabi, Proserv, a global controls technology firm, makes the case for smart but cost-effective monitoring solutions like the Smart Box, which fits well with some of the typical challenges found in the Middle East

Unplanned shutdowns are a continual fear for oil and gas companies and operators habitually lose tens of millions of dollars per annum due to them. In the current climate of maximising returns and extending the life of assets, keeping a close eye on critical equipment becomes ever more important.

Michael Purkiss, General Manager, Abu Dhabi, at global controls technology firm Proserv believes that effective production monitoring is critical. He says: "Quite simply, monitoring is the foundation on which everything else is based. If you are not regularly checking on your equipment, you cannot know, with sufficient reliability, what’s going on in your field.

"Operators can establish the best maintenance schedule possible, but it will always be reactive if their monitoring procedures are inadequate. When an operator is constantly troubleshooting, then frankly that strategy is driven more by repair than by maintenance."

Purkiss suggests the move towards integrating technological solutions that enable more real-time monitoring, allowing almost instantaneous updates on problems or operational status, is something that is particularly relevant in the Arabian Gulf.

He points out the major operators across the region possess many fields that are in hard-to-reach locations and are subject to the harsh extremities of desert climates. Keeping a close eye on how such wells are performing is essential because any shutdowns would require the challenging and time-consuming deployment of personnel to inaccessible sites – in addition to urgent diagnostic evaluation of the problem.

Proserv has developed its own well monitoring solution, known as Smart Box, which, according to Purkiss, prioritises its ease of use and accessibility, in addition to being a cost-effective option for operators mindful of keeping overheads down and limiting their capital expenditure.

Purkiss observes: "One of the specific advantages of our technology is that because it is a simple solution by its design, it doesn’t require field upgrades, it doesn’t massively impact production for its installation and there is no need to utilise an expensive supervisory control and data acquisition (SCADA) control system.

"Operators are increasingly aware that real-time monitoring of their fields will ultimately reduce their costs because outages will reduce and personnel won’t have to undertake physical inspections to check on a potential issue. But, at the same time, many firms are still determined to keep their investment in a chosen solution under tight control."

A leading national oil company in the Arabian Gulf has approved Proserv to carry out an in-depth onshore trial of its well monitoring solution and this has really put the firm’s technology to the test. It has had to prove its efficacy against the backdrop of dusty desert conditions, isolated wells - some with regular tripping issues or serious hydrogen sulphide (H2S) problems – as well as the extremities of the summer heat in the region.

Such conditions are as challenging as any that might be found around the globe, adds Purkiss, and he hopes the fact Smart Box has so far come through this challenge quite convincingly will attract further operators to its benefits.

Proserv’s solution uses an inbuilt GSM modem to collect information from production equipment monitored at the well site and to send scheduled status alerts to specific personnel via a mobile device. Purkiss explains these are typically sent every 12 hours but exception reporting picks up any incipient problem and this will be immediately flagged up by a supplementary SMS indicating the nature of the issue.

Purkiss believes such a monitoring system fits well with some of the typical challenges found in the Middle East, "For example, the way some of the older fields are set up here, without SCADA support, an operator could deliberately shut down a well for scheduled maintenance but, as a consequence, due to pressure spikes or dips in the pipeline network, could inadvertently trigger a problem at another well many kilometres away. If there is no monitoring system in place, the outage could be undetected for some time."

The fact the Proserv solution is only reliant on a mobile signal for its effectiveness and is non-intrusive, has been seen as an attraction by operators who are understandably concerned about new pieces of kit potentially being added inside their existing safety equipment, altering the whole safety profile as a consequence: "While Smart Box has several monitors on various critical valves, crucially, it doesn’t sit in the well site itself; it has its own self-standing support outside of that. There is also no major power surge as it runs off the existing solar panel at the site.

"Oil fields, whether brand new or aged, are complex – they involve a lot of moving pieces and so the maintenance and operational teams act as their custodians. They want to keep them as secure as possible and so when a new monitoring solution does not directly connect to any safety critical systems, that is definitely regarded as advantageous."

Effective real-time monitoring of the performance and status of wells offers clear financial safeguards when shutdowns occur, or are threatened, but Michael Purkiss says that over and above the operational savings are major health and safety benefits.

He points to the fact increasingly detailed and sophisticated monitoring, incorporating more intelligence into the solution, reduces even further the need for physical inspections, saving both time and labour, but it also means that maintenance teams are less exposed to potential safety risks.

Purkiss reveals some onshore wells in the Gulf contain high levels of H2S and, without monitoring, the only way to detect a leak would be through an inspection and reliance upon the appropriate alarms being triggered.

Now, with real-time monitoring, personnel can authorise the shutdown of a well from a position of safety, hundreds of kilometres away, and be alerted via an SMS that the H2S readings had exceeded acceptable levels. Purkiss feels "keeping personnel out of harm’s way" is clearly the greatest advantage of effective monitoring.

As operators remain mindful of the downturn of 2016 and want to keep a firm handle on their margins, there is an obvious role for reliable, cost-effective and non-intrusive solutions. But, Purkiss sees further upside for simpler technological solutions in an age of increasing automation and connectivity: "The Internet of Things is great, but the Internet of Things can also be hacked and cyber security is a big deal in the Arabian Gulf.

"If the Web drops out or there are huge power outages, a smart operator would want to be able to turn to a standalone, isolated back-up system that will be reliable enough to continue transmitting core status messages around the clock." 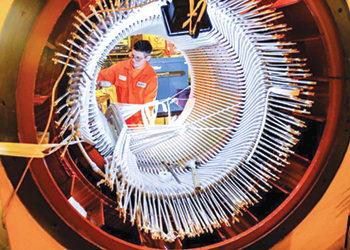 When to replace or repair a motor 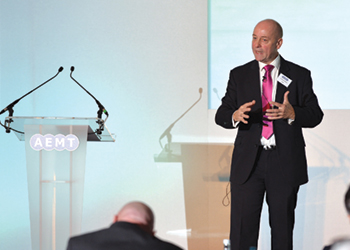