The recent decline in global oil demand, expected to peak in 2040 or earlier, spells a significant fiscal sustainability challenge for the GCC region, says a new International Monetary Agency (IMF) report.
In its study, “The Future of Oil and Fiscal Sustainability in the GCC Region”, IMF has expressed concerns that fiscal consolidation plans of GCC states might be insufficient to stabilise their wealth. These adjustments need to be accelerated and sustained over a long period of time, in line with the expected path of hydrocarbon revenue, it says.
A path of prolonged deceleration in hydrocarbon revenue growth would add to this decline in wealth. At the current fiscal stance, the region’s existing financial wealth could be depleted in the next 15 years, warns the report.
The report estimates that growth of global oil demand will significantly decelerate, and its level could peak in the next two decades.
Although the importance of non-oil sectors has increased in recent decades, many GCC states still rely on oil-based demand either in the form of public spending of oil revenue or private expenditure of oil-derived wealth. The 2014–15 oil price shock, which notably slowed non-oil growth in most of the region, was a stark reminder of this dependence, it says.
Managing the long-term fiscal transition will require wide-ranging reforms and a difficult intergenerational choice. Countries will need to step up their efforts to raise non-oil fiscal revenue, reduce government expenditure, and prioritise financial saving when economic returns on additional public investment are low, the report adds. 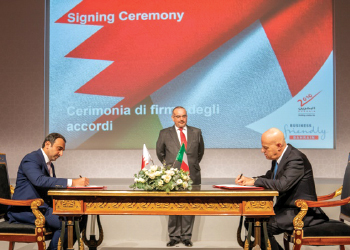