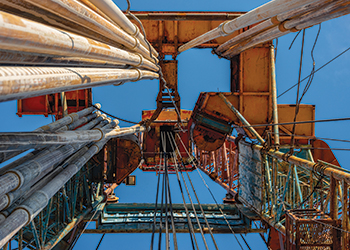 The Gravity Delve project is investigating the benefits and challenges associated with using quantum gravity sensors down extremely harsh downhole environments, experts from the University of Birmingham and Nemein tell OGN

The ‘Gravity Delve’ project, funded by Innovate UK, brings together University of Birmingham academics from the UK Quantum Technology Hub Sensors and Timing and Nemein, with the aim of investigating the benefits and challenges associated with using quantum gravity sensors down boreholes.

Sensors exist everywhere in our daily lives. They exist in our phones, cars, household appliances, communications, energy networks, airports, trains and so many other places and yet, we are often oblivious to their existence.

In history, sensors have led to major changes in the way we live and operate. The discovery of x-rays over a hundred years ago is an example of this; for the first time it was possible to see inside the body. X-rays are now readily available in hospitals, and the technology has even extended to airport security scanners and industrial inspection equipment.

So what does quantum technology mean and why does it matter? Quantum can be difficult to understand as the traditional assumptions of Newtonian physics do not apply. It relies on the behaviour of microscopic particles, which can be in two places at once and as such become very sensitive to the differences between these places. And yet, despite the complex nature of quantum, the end-user applications exist in our everyday lives — from trains, to roads and in the oil and gas sector.

Gravity appears to be the same anywhere on Earth. However, by using a highly sensitive quantum gravity sensor, it is possible to pick up on tiny variations. Quantum gravity sensors operate by collecting a cloud of atoms inside a vacuum chamber and bringing them virtually to a standstill, such that they can be observed without any disturbance before allowing them to fall under gravity.

As the atoms fall, three laser pulses are used to place the atoms into a quantum superposition, which send each of the atoms along two simultaneous but different paths in the gravity field. Each of the atoms paths are recombined during the final laser pulse. At this point the state of the atoms encodes the value of gravity and can be read.

From the differences in gravity measured, one can infer what lies beneath the Earth’s surface. The precision of this method is so great that laboratory prototypes can detect a nearby person by their gravity field. This has led to researchers around the world to begin developing quantum gravity sensors for different applications.

Once quantum gravity sensors for commercial use have been developed, there will be considerably more accurate and informed understanding of what lies beneath the ground, and this will have a huge impact in many areas.

For example, in 2014-15, UK road occupation due to utility street works resulted in costs of more than £1.5 billion ($1.98 billion). In addition, the resulting traffic delays accounted for 6.16 million days of work.

The resulting cost of these street works on the UK economy was estimated at around £7 billion. It has been projected that the cumulative total cost of utility street works in the UK between 2013 and 2030 will be £319 billion. These costs are increased due to poor knowledge of underground asset location, resulting in holes being dug in the wrong places.

While quantum gravity sensors based on atom interferometry are already being developed to operate on the surface and will be able to detect and monitor objects beneath the ground, little attention has been paid to-date to the benefits that borehole deployable quantum gravity sensors could have. However, new research arising from the Gravity Delve project aims to address this.

Dr Jamie Vovrosh, of the University of Birmingham, is technical lead for the project. He says: 'This project provides us with the opportunity to investigate using the extraordinary performance of quantum cold-atom sensors in new applications and to potentially open up a pathway towards realising future economic and societal benefits.'

Nemein, a Wales-based company specialising in innovative sustainable technologies for the energy sector, is developing borehole deployed equipment primarily focussed on energy harvesting and environmental sensing. The new technology will enable the quantum sensor developed by the University of Birmingham to venture out of the lab and into the extremely harsh downhole environments.

Borehole applications to be investigated in the project will include carbon capture and storage (CCS), and hydrocarbon and geothermal reservoirs. Existing techniques for reservoir optimisation include conventional microgravity, electrical and nuclear logging. These techniques, however, are limited by sensitivity, resolution and cost.

Gravity Delve is investigating how a commercially relevant quantum device could replace or enhance current technology to optimise CCS reservoirs, minimise the environmental impact from hydrocarbon extraction, and enhance the transition from fossil fuels to renewable energy such as geothermal. The project will develop a design for an innovative borehole quantum cold-atom gravity sensor, as well as the associated harsh environmental packaging and ancillary equipment. This will lead to the first cost effective and efficient method deep borehole quantum sensor deployment.

Dr Michael Holynski, Principle Investigator for the Gravity Delve project, says: 'In the Delve project we are working with our partners at Nemein to understand the potential benefits and challenges of bringing new gravity sensing devices to borehole applications, such as carbon capture and storage, and where quantum technology may provide an advantage'.

This project will build upon the work already undertaken by the University of Birmingham in cold atom gravity sensors, which is reviewed in Nature Reviews Physics1, authored by the university’s academics and their collaborators.

While gravity sensing is already used in a number of applications including oil and minerals prospecting, once developed atom interferometer-based technologies are expected to reduce the SWAP [size, weight and power], with improved sensitivity and faster measurement times.

Lawrence Till, Co-founder of Nemein, says: 'Gravity Delve is not just a project, which will optimise CCS and borehole energy extraction. It is very significant as a relatable project to show quantum technology can be deployed in some of the harshest environments in the real world and demonstrate tangible benefits to the environment.' 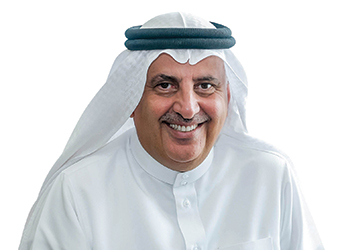 Recycling of plastics waste present business opportunities in the GCC 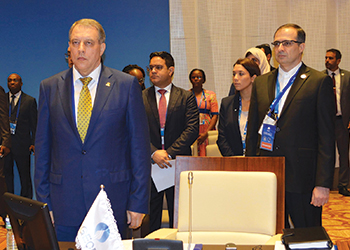