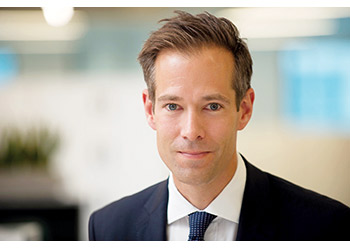 The list of companies making deep pledges on the environment is growing longer by the day, the latest entrant being the oil majors.

Could it really be that some of the world's biggest polluters are ready to become part of the climate-change solution?

Investing along environmental, social and governance (ESG) lines has moved to the mainstream. Therefore, this question has potentially big implications for the debate round which companies qualify for a place in a sustainable portfolio. Many of the majors now argue that they should be included.

In 2020, UK oil producer BP made sweeping commitments to slash oil production by 40% over the next decade. It will also ramp up spending on renewables to 30 per cent of the total. By 2050, the oil giant plans to be net-zero.

French firms Total and Royal Dutch Shell then added to previous commitments by saying that they, too, aimed to become net-zero energy companies by 2050 or sooner.

'Society's expectations have shifted quickly in the debate around climate change,' Ben van Beurden, Shell's Chief Executive, said at the time. 'Shell now needs to go further with our own ambitions.'

Oil and gas firms in the Middle East have made similar pledges. Last year Saudi Aramco and the Institute of Energy Economics, Japan (IEEJ), announced they had successfully demonstrated the production and shipment of 40 tonnes blue ammonia from Saudi Arabia to Japan, for use in zero-carbon power generation. And in Abu Dhabi, Adnoc committed to cutting greenhouse gas emissions by 25 per cent by 2030.

Not all oil majors seem as determined. US producers ExxonMobil and Chevron have been notable absentees to the net-zero club – even though they have made less far-reaching commitments. There is now an undeniable groundswell in the sector, in particular among European producers. We are seeing a lot of good intentions starting to be backed up by concrete measures. It's a very significant change in just a few short years.

Shareholders can also play a potentially influential role in this strategic shift. First, by monitoring companies’ achievement of short-term goals and voting on key issues at shareholder meetings. Second, by active and regular engagement on longer-term strategy.

In addition to pivoting away from their traditional business, oil majors have stated bold intentions to become champions of renewable energy. European oil majors are leading the way.

In September 2020, BP hinted at things to come by announcing a $1.1 billion deal with Norway’s Equinor to acquire a stake in US offshore wind farms.

Similarly, Repsol, the Spanish producer, recently bought renewable-energy assets in Chile as part of an international expansion in solar and wind energy. It already has seven big renewables projects in Spain, and was an early adopter of plans to become carbon neutral by 2050.

Shorter term, few analysts doubt that oil and gas will remain in high demand for at least another decade. For investors, that means producers can potentially deliver significant cashflow via dividends for years to come – even if recent stock performance has suffered in the wake of Covid-19.

As with all investments, there are risks and opportunities in the oil and gas sector. And given the obvious challenges surrounding the transition to a low-carbon economy, the oil majors are no exception.

However, it would be a mistake to write them off just yet. Many are getting behind electric-vehicle charging networks, building out solar capacity and developing the most innovative plastics-recycling technology. So, if you want to engage with renewables and low-carbon energy, these companies are likely to have a very meaningful role to play.