DUBAI: UAE-based Lamprell, a specialist in the oil rig construction business, has been awarded an engineering, procurement, construction and installation (EPCI) contract by Saudi Aramco as part of the long-term agreement (LTA) between the two companies.

The contract consists of two offshore production deck modules and associated pipeline and subsea cables in Saudi Aramco’s Marjan Field. The Marjan Field is located in the Arabian Gulf, off Saudi Arabia’s East Coast and is one of the largest oil and gas fields in the region.

Christopher McDonald, CEO, Lamprell, said:'We are delighted to have received our first LTA contract award since joining the programme in 2018. Our team has been working closely with Saudi Aramco over the past few months and we look forward to strengthening our partnership through this project.

'Marjan is a strategic asset of global significance and we are honoured to play a role in its development. The award reinforces our commitment to our strategy and we look forward to working on further opportunities in the region.'

ABU DHABI: The UAE’s Ministry of Energy and Infrastructure has joined the Abu Dhabi Hydrogen Alliance. Suhail bin Mohammed Al Mazrouei, Cabinet Member and Minister of Energy and Infrastructure, affirmed that the Abu Dhabi Hydrogen Alliance contributes strongly to consolidating the position of the UAE in general, and the Emirate of Abu Dhabi in particular as a reliable global exporter of hydrogen; and that the Ministry seeks, through entering the Alliance, to extend the bridge of international and national dialogue about Hydrogen, a WAM report said. He explained that the future tendency of the UAE is based on the exploitation of hydrogen sources for energy, meeting the growing demand for it, and ensuring reliable, affordable and low-carbon energy; and that the Ministry has been following the hydrogen dialogue since 2017, as an observer of the international platforms such as the Hydrogen Council and the International Partnership of Hydrogen and Fuel Cells (IPHE).

The new centre will capitalise on the latest Orion operations and monitoring consoles. It also controls the blends of heavy oil from the Ratqa field in the north of the country with lighter crudes from the south, using a blending package provided by Petrofac. The teams worked collaboratively to anticipate and solve the many challenges involved in connecting the new control centre with wider local control rooms, spread across southern Kuwait. Around 220 kilometres of new fibre optic cable were laid, with logistics including many major road crossovers and passing through live facilities. The merging of two huge control system legacy networks to form what is now one of the longest single legacy networks currently operational in the world, was a critical challenge. 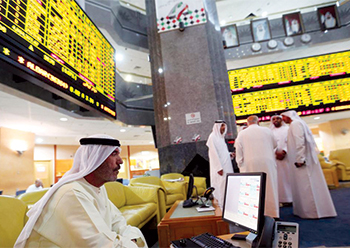