It proposes a strategic mix of customized technology and solutions that supports decarbonization across the energy landscape unique to Iraq.

From world-record-holding high-efficiency gas turbines to upgrade solutions to fast and flexible aeroderivatives, GE’s team of global and local experts can make decarbonization a reality for Iraq.

HOUSTON: US refining capacity last year fell 4.5 per cent to 18.13 million barrels per day (bpd) from a record 18.98 million bpd a year earlier, reflecting weak demand for motor fuels during the Covid-19 pandemic.

It was the first annual decline since 2018, when capacity fell by 18,530 bpd and the largest since 2012, according to Energy Information Administration (EIA) data.

Five refineries, with a combined capacity of 801,146 bpd, permanently shut following the 1.3 million-bpd drop in gasoline consumption as businesses closed and consumers stayed home. The closings drove capacity down to a level below 2016's 18.3 million bpd.

Africa to get largest PV installation

The project, which is set to become the largest PV integration development in Africa, is being implemented in co-ordination with Nigeria's energy firm Privida.

The installation of 3,250 crystalline silicon glass units imply up to 1 MWp of installed power, which will substantially reduce greenhouse gas emissions and its ecological footprint, it added.

Initially, the first two 1-gigawatt (GW) turbines will start operating, but the project will eventually consist of 16 such units, making its total generation capacity second only to the Three Gorges Dam once it is completed in July 2022.

Though the Three Gorges Corporation said it was one of China's biggest and most challenging engineering projects, with a dam height of 289 m, it has taken only four years to build. The project is part of a national scheme to generate electricity and deliver it to high energy-consuming regions on the eastern coast.

An ultra-high voltage (UHV) electricity transmission line connecting Baihetan to the eastern province of Jiangsu started construction in late 2020 and is expected to launch in 2022. Another UHV from Baihetan to Zhejiang province, also in eastern China, is awaiting Beijing's approval.

BERLIN: The Finnish company UPM-Kymmene has selected Siemens Energy to supply electrification, automation, and digitalisation (EAD) packages for a next-generation biorefinery under construction in Leuna, Germany.

The biorefinery will be the first industrial-scale facility of its type ever built. It will apply novel process innovations to sustainably convert 100 percent wood into bio-based mono-ethylene glycol (MEG), mono-propylene glycol (MPG) as well as renewable functional fillers (RFF).

Both MEG, MPG as well as functional fillers have traditionally been produced using fossil-based raw materials. UPM will provide alternatives to considerably reduce the CO2 footprint of end-products such as PET bottles, packaging materials, textiles, or rubber products used in various automotive applications.

SYDNEY: Australian gas producer Santos kicked off the front-end engineering design (FEED) process for its Dorado oil project, and said the first phase of the project will cost about $2 billion.

The Western Australian project, which contains 150 million barrels of contingent, so-called 2C oil resources, is expected to have an initial gross oil production rate of between 75,000 barrels and 100,000 barrels per day, the company said.

Santos is also looking for buyers for a portion of its 80 per cent stake in the project. 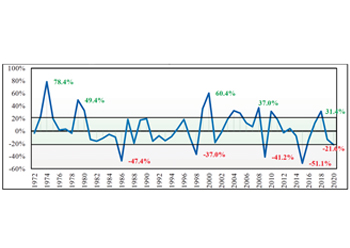