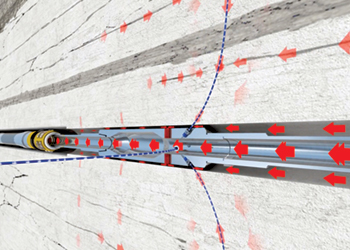 Fishbones jetting can reduce CO2 emissions by 88 per cent

The company’s drilling technology was found to reduce emissions by 95 per cent, while its jetting technology resulted in an 88 per cent reduction thus enabling operators to reduce their environmental impact

A study has found that the relative carbon emissions footprint of activity undertaken by Fishbones — a well stimulation technology leader in the oil and gas industry — was a fraction of alternative conventional completion techniques.

The independent study, undertaken by Three60 Energy, showed an 88 per cent fall in emissions in its jetting solution and a 95 per cent per cent reduction in drilling, when compared to alternative solutions being offered on the market.

The report calculated that CO2 emissions generated by Fishbones jetting stood at 6.7 tonnes per completion compared to 53.3 tonnes generated by acid-fracturing.

Fishbones-Jetting in carbonates was directly compared with acid-fracturing operations. In both cases up to and including the production-liner running operations there were no marked differences between the approaches.

Once the production-liner has been set, the Fishbones jetting operation consists of an activation sequence and subsequent execution.

In the comparison well, the acid-fracturing stages consist of an activation sequence, followed by a suite of repeating multi-cycle execution stages.

In both cases the drilling rig has drilled the well and the rig has been released and skidded off the well or may continue to be the means by which access to the well is provided (for example, in a subsea environment).

The operations are then subsequently performed by a boat deployment which is assumed required for both techniques.

Fishbones drilling was directly compared with multi-stage propped-hydraulic fracturing operations. The variation in both the baseline and comparison cases is due to the suitability of Fishbones drilling to sandstone formations and, therefore, an appropriate sandstone enhancement approach.

The report noted that Fishbones’ systems offer an alternative solution for well enhancement, that was safer, greener and for certain wells and applications, more cost-effective.

It should be noted that no reservoir engineering or production simulation comparison has been performed and that the cases should not be considered as equivalent from a production perspective.

Such a comparison would require significant assumptions regarding the reservoir characteristics and production operations themselves, which are beyond the scope of this assessment. This assessment was performed specifically to compare the carbon footprint of the Fishbones completion options against reasonable variants.

Eirik Renli, CEO Fishbones, said: "The energy transition is top of everyone’s agendas and all those operating in the sector have a responsibility to review their operations in terms of not only what can be done, but how it can be done.

"Not only are our solutions helping to redefine accuracy and control in stimulation, lowering associated risks, costs and guaranteeing deep connectivity with reservoirs, but they are doing so in a greener, more environmentally friendly way. We readily welcome the results of this study."

With Fishbones jetting operations, the reservoir liner string can be run as normal before small diameter needles ‘jet out’ simultaneously to penetrate the reservoir. The high-pressure fluid generates a combination of erosion and acid chemical dissolution.

Its drilling operations, which can be completed in just a few hours, sees the use of small diameter laterals equipped with turbines powered by fluid circulation, which drill simultaneously to penetrate the reservoir.

The findings concluded that Fishbones’ stimulation techniques can provide several measurable benefits to operators including accelerated production and increased flow, paired with lower energy and resource consumption, which can help operators reduce their environmental impact. 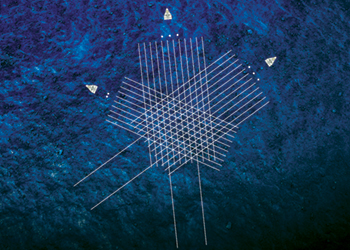