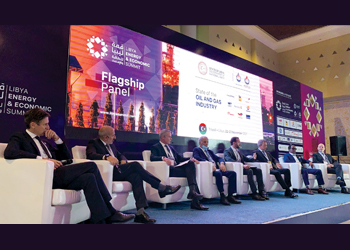 Despite holding the largest oil and gas reserves in Africa, Libya is yet to reap the benefits of this natural wealth. A ravaging civil war since 2011 has brought the oil and gas industry to a halt.

The country is, however, gradually emerging to take its place as Africa’s largest producer.

After a new administration in March 2021, Libya started welcoming investors and global players back into the country.

The country’s recoverable reserves are estimated at 43 billion barrels of oil and 1 trillion cubic meters of natural gas. It aims to return to 2011 levels of 1.6 million bpd in the long term.

The government has set an ambitious target of increasing production to 2.1 million barrels per day (bpd) by 2025.

And just in one year, the country has ramped up production from 390,000 bpd to 1.24 million bpd. This target opens up lucrative investment opportunities within the mid- and downstream in Libya.

At the Libya Energy & Economic Summit 2021 last month, the Libyan government and global energy players made strong pledges to get the oil and gas industry back on track.

They realise the gap in Libya’s infrastructure and have called for significant levels of investment to ensure the energy sector supports national growth.

Ahmed El Gabr, Ministerial Advisor, Ministry of Oil and Gas, said: 'We need to jumpstart facilities after several years of shutdowns. During these shutdowns the facilities naturally decay; they survive and have a longer life when they are running. We have to get every piece of equipment in running shape. This takes a lot of work, and this is what the government and all the institutions are working on now.'

Global firms, including TotalEnergies, Equinor, Repsol, Eni, and ConocoPhillips, have stated their commitment to the Libyan energy industry.

Eni has invested over $10 billion to date into development and exploration projects.

Libya’s energy sector has been heavily dependent on the production of fossil fuels. However, due to its abundant natural resources, particularly solar, the north-African country has a significant potential to diversify its energy mix while adhering to global commitments to energy transition.

Libya is committed to undertaking new projects, particularly across the solar industry and the facilitation of new power generation solutions.

In this regard, a deal was signed with TotalEnergies to provide the Libyan national electrical grid with 500 MW of solar energy, while working with the government to decrease gas flaring on all oil operations and committing to the use of renewable energy in the country’s current operational oil fields.

'Natural gas is the perfect bridge between fossil fuels and a net zero world where renewables account for most of the energy supply,' he said.

Some like Wale Ajibade, Executive Director, Sahara Group, however, expressed concern that it will be difficult to transition to renewable energies without the right investments and enabling environment.

'When we talk about green energy and renewable energy, there is a cost. How are we going to achieve the energy transition if the economies of our countries are not better?' he said.

Wanis Elruemi, Deputy GM, Eni, has a somewhat similarl view. He said oil producing countries should have a different point of view on renewables.

'Libya lags behind in production. There was no systematic exploration and production. There is lots of oil to be produced, already found, and to be found. The Libyan oil industry has to speed up and take a look back at the agreements and encourage investment in order to unlock all of this oil and gas. Renewables are advancing so fast; in 20 or 30 years we will have nothing to do with oil anymore. Libya needs to focus on hydrocarbons, and in parallel, build some renewable projects,' he stated.

Libya is also promoting its gas gathering project, which involves gathering gas from flares in the oilfields.

Mohamed Oun, Minister of Oil and Gas for the State of Libya, said it will be an added value for the market, in addition to have both environmental and commercial impacts.

In conclusion, Libya has a specific role to play as both an African oil producer and exporter. As Patrick Pouyanne, Chairman and CEO of TotalEnergies, puts it: 'Libya has the potential to be a key contributor to the international oil balance over the next decade,' noting the country’s untapped oil potential that has yet to be discovered through exploration. 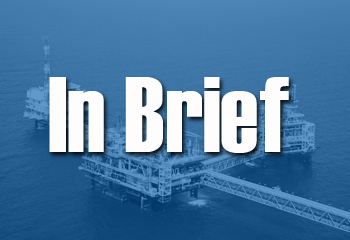