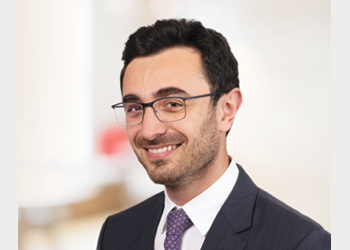 Atoui ... executives investing in the future is a good sign

The industry has weathered a year of remarkable upheaval. However, executives continue to push forward on the energy and resource transition, potentially moving faster than the outside world is seeing and outpacing policy

Energy and resource executives overwhelmingly see decarbonisation as a top priority, and they have higher expectations than they did two years ago.

This was revealed the second Global Energy and Natural Resources report by Bain and Company.

More than 1,000 global energy and natural resources executives were surveyed to understand how the energy and resources transition is playing out in real time, which technologies and opportunities they are prioritising, and the pain points involved in squaring the traditional demands of their business with new demands to operate more sustainably.

Executives expect the world will reach net-zero by 2057, but most are more bullish on their own trajectories compared to the rest of the market. This may indicate a greater commitment than the outside world sees. Executives expect to reduce emissions by 28 per cent by 2030, and 61 per cent expect to decarbonise on a faster track than the world as a whole.

Talent, culture and policy are the biggest impediments to success. A third of companies in mining and oil and gas say they’re struggling to attract and retain talent for their core business, and across sectors, executives cite a resistance of incumbent culture to change.

• Increasing capital allocations to new growth areas: For many companies in the energy and natural resources sector, the path to success depends on investing in new growth, and often low-carbon, ventures, such as renewable power generation, carbon capture and storage, green or blue hydrogen, circularity and new forms of electric mobility. The executives Bain surveyed say they are investing 23 per cent of their capital to new business ventures, up from 16 per cent in 2020.

Bain’s research shows that the average company in utilities or oil and gas is currently pursuing at least four new growth areas.

• Satisfying the rising demands of investors: For oil and gas, cash flow is the most important investment factor; potential growth in production ranks last. Some 73 per cent of investors want oil and gas to invest in lower-carbon markets, they remain concerned about capital allocation and declining demand.

• Improving circularity in plastics: As attention has focused on the problem of plastic pollution in the environment, governments and the private sector have taken steps to promote recycling and reduce plastic waste.

However, Bain’s research shows that at the current pace, only 10-14 per cent of plastics will be recycled by 2030, falling well short of announced targets. And while the market for recycled plastic could grow significantly, it is likely to make up less than 15 per cent of total plastics supply by 2030.

This misalignment between what companies want to buy and what will be available could inflate prices for recycled plastics as competition heats up for the limited supply.

Petrochemical executives are motivated to find solutions, and they see circularity as a top priority, even more so than plastic users.

"The large profits that some energy companies earned during the first months of 2022 are likely to sharpen focus on capital decisions, as executives work to get the balance right between funding the current business, while also investing in future engines of growth," says Raja Atoui, Partner and a leader of Bain & Company’s Energy and Natural Resources practice in the Middle East. 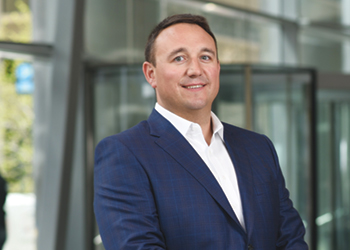