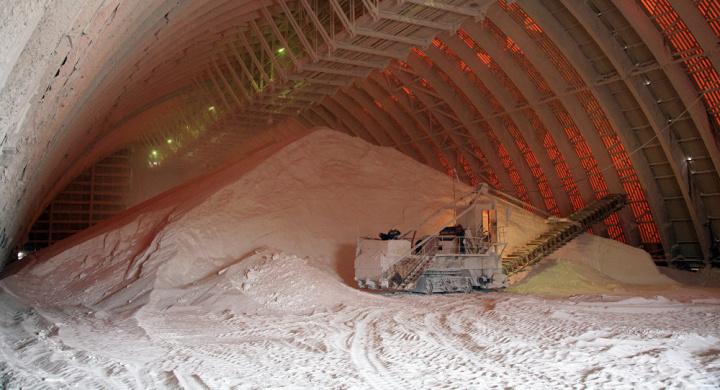 Uzkimyosanoat has announced commencement of urea production at the new, $985-million ammonia and urea production complex Navoiyazot.
Navoiyazot is one of Uzbekistan’s largest chemical plants and produces mineral fertilizers by processing natural gas. Construction of the new, world-class complex began in September 2016 to replace two outdated and energy inefficient facilities - built in the 1960s. The new complex produced its first urea on December 23, 2020.
Jurabek Mirzamakhmudov, Chairman of Uzkimyosanoat, said: “I would like to thank our national and international partners who supported the construction of the new ammonia and urea production complex at JSC Navoiyazot. Commissioning of the new complex was completed within 53 days despite Covid and existing restrictions, testament to the hard work of all involved.”
“This world-class industrial facility is another step towards natural gas monetization via the production of export oriented and high value-added products – and the first urea production is a milestone achievement.”
The new complex has capacity to produce 660,000 tonnes of ammonia and 577,500 tonnes of urea. Some 330,000 tonnes of ammonia will be used to produce new urea and 330,000 tonnes to produce ammonium nitrate.
At full production capacity, the complex will expand Uzbekistan’s domestic chemical production by 9.5 per cent, provide annual revenue of 600 billion Soums and export $58 million worth of additional products.
Completion of the plant will meet domestic agriculture demand for urea and provide up to 100-150 kg per ha of additional mineral fertilizers during agrotechnical periods for grain and cotton crops.
Production will also be exported to neighbouring countries in Central Asia as well as Turkey, Ukraine, and Georgia.
Japanese banks and financial institutions provided $577 million of loan finance for the project, a $320 million loan was provided by the Fund for Reconstruction and Development of the Republic of Uzbekistan, with $88.7 million coming from the company’s own funds.
Additional cooperation was provided by a consortium of Japanese companies, Mitsubishi Heavy Industries and Mitsubishi Corporation. The complex’s main equipment was imported from Japan and Europe. It also uses production technologies from leading international companies, such as  production of ammonia Haldor Topsoe (Denmark); production of urea Sapiem (Italy); and granulation of urea Uhde (Germany). –Tradearabia News Service
Share