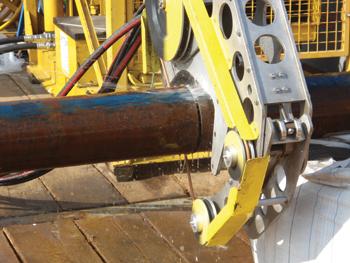 UNIQUE Maritime Group, one of the world’s leading integrated turnkey subsea and offshore solution providers, plans to promote an impressive line-up of its products and services for the oil and gas industry at Adipec, this year through one of its group companies Unique Wellube (UW).

These include the flange and pipe weld testers; “Uni-Test” online valve testing equipment; diamond wire equipment and the pipe spool which includes the hot tapping machine.

Additionally, UW will announce its strategic expansion plans at the event. “UW will be expanding its current range of products and services in new and promising markets such as India, Saudi Arabia, the UK and West Africa. This is in line with its organic growth strategy which will not only help UW to offer its current lineup of products and services to new customers but also offer these services in the new markets and increase its reach to a wider range of customers within the markets,” reveals Sahil Gandhi, managing director, Unique Wellube.

Participating in Adipec since 2000, UMG says taking part in an exhibition of the calibre of Adipec has always been an integral part of its marketing strategy as it is one of the most prominent shows for the oil and gas industry.

“Over the years, it has managed to find a firm spot among the top ranking shows across the globe which unites the oil and gas industry professionals under a common platform to showcase innovations in technology and highlight issues currently challenging the industry. The show is aptly held in the Middle East which is a central hub for the oil and gas industry. It is a meeting point for industry leaders across the world to discuss the changing face of the industry,” says Gandhi.

The company says it has had a phenomenal response at the last show. “The last time we participated at the show was in the year 2012. The response to our stand was phenomenal. It was due to this participation that resulted in the start of an independent oil and gas division at UMG due to a fair number of clients generated during the show,” adds Gandhi.

According to him UMG has built up an impressive reputation for quality, innovation, service and speed of response in its nearly two decades of existence and is always striving to improve its product and service enhancements, via organic growth and strategic acquisitions. The company has invested magnificently in the oil and gas division this year and is looking forward to further expand in the industry by not only targeting new clients but also offering a whole new range of services to the existing clients.

Founded in 1993, UMG is one of the world’s leading integrated turnkey subsea and offshore solution providers. Through its expanding network of companies, UMG is a specialist in the provision of services, and the sale and rental of equipment for the marine, diving, hydrographic, oceanographic, oil and gas, inspection and NDT market sectors. The group has an established manufacturing capability for the delivery of customised engineering projects worldwide.

Headquartered in the Hamriyah Free Zone of the UAE, UMG has built up an impressive reputation for quality, innovation, service and speed of response in its nearly two decades of existence and is always striving to improve its product and service offering. The group’s operations are spread across the Middle East, USA, UK, South Africa, India and Singapore. In the Middle East, UMG has offices in the UAE, Qatar and Oman.

The group has witnessed phenomenal growth in the Middle East and the GCC over the last few years. During the last year, it recorded a growth of 11 per cent, with its group turnover at $96 million in 2013 as against $86 million in 2012. “With expansion, strategic and investment plans backed by a loyal customer base, we are confident to scale our growth to new heights,” says a confident Gandhi.

“Our firm strategic, investment and expansion plans specifically targeting new clients within the GCC region has given us an edge to expand our business capabilities by introducing an impressive line-up of products and services within the region,” he adds.

Of late, UMG has taken a step forward with major focus on strengthening its oil and gas division with an investment of $2.5 million. This is also steered with massive expansion plans backed by strategic planning.

Towards this, at Adipec this year, Unique Wellube will launch its products and services in promising markets such as Saudi Arabia, India, the UK and West Africa.

“Saudi Arabia is an integral part of the Middle East which offers some of the most beneficial opportunities for expanding the oil and gas business within the region. India and the UK are also growing rapidly in the oil and gas field with a vast majority of independent and government-run organisations competing to bring in the latest technologies and contributing to the overall economic growth. West Africa is also considered to be a major investment hub for the industry due to increased production and growth plans for the African sub-continent.

“In addition to the existing line-up of products, our cargo-carrying containers line of business represented by our joint venture, OEG Unique will also be unmasked to customers within these markets,” reveals Gandhi.

OEG Unique is a new joint venture launched by UMG. Operating from the UAE and Qatar, OEG Unique provides local access to OEG’s full range of over 200 individual certified designs of DNV 2.7-1 certified cargo carrying units (CCUs) and A60 modules across the GCC region.

Another important development for UMG is the securing of a strategic equity investment with Blue Water Energy (BWE), a UK-based firm. The new partnership has allowed UMG to accelerate its growth plans through additions to its rental fleet, as well as through further acquisitions, to expand the product and service offering and geographic distribution.

Meanwhile, Unique System, a UMG company has recently been appointed as the authorised service centre for Teledyne TSS’ Meridian Gyros in the Middle East region. Unique System is already an authorised sales agent for TSS products in the region. In addition to this, Unique System has also been appointed as the authorised service centre for Trimble’s TDL and Pacific Crest’s ADL Vantage Radios in the Middle East region. “This is a great achievement for the engineering team at UMG which has been extensively trained with the latest technologies offered by the manufacturer products. This further ensures that the customers receive the same level of service what the manufacturer would have directly offered,” says Gandhi.

Also one of the most important and recent contracts for UMG is from Ultra Deep Solutions (UDS) to design, build and integrate the dive system for a multipurpose Diving Support Construction Vessel (DSCV). The new DSCV is equipped with a 300HD 18-man twin bell saturation diving system. The dive system incorporates the latest mechanical and electrical design requirements. It is designed to operate up to 4000 m water depth, in collaboration with Marin Teknikk Norway, the world’s renowned global ship designer of such highly-spec vessels.

The vessel is modeled on the proprietary “Red Class 6027” MT design DSCV and is a DP3, 142-metre state-of-the-art multipurpose subsea DSCV.

While Unique Hydra is a renowned name for building world-class saturation diving systems, it is for the very first time that it is building the dive system for a DSCV. The award of this project demonstrates its clients’ confidence in Unique Hydra’s in-depth technical capabilities, strength in project execution and the considerable financial capabilities established through UMG’s corporate partnership recently formed with Blue Water Energy. 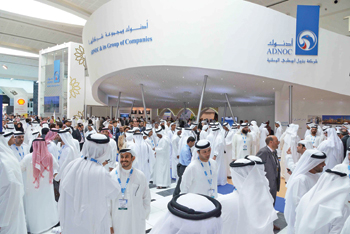 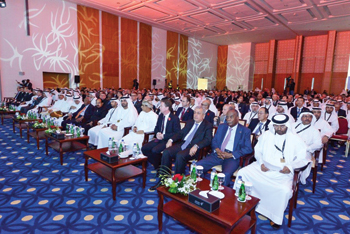 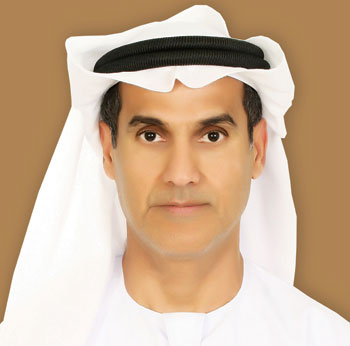 Emerging markets will use Adipec as a benchmark 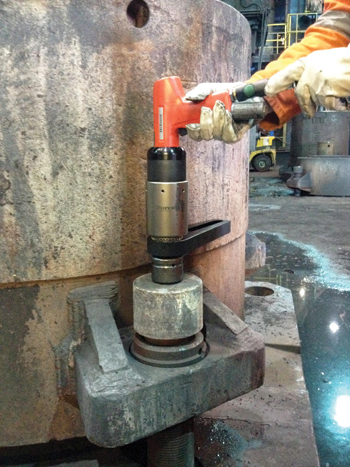 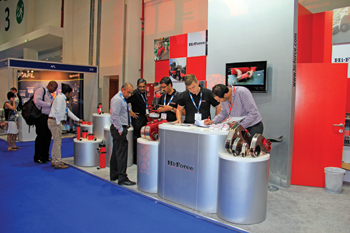 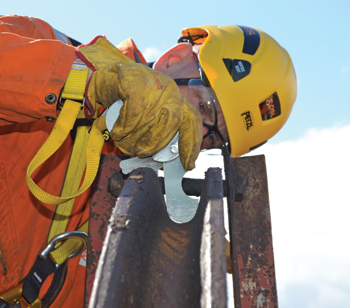 Derrick: buying into a qualified option 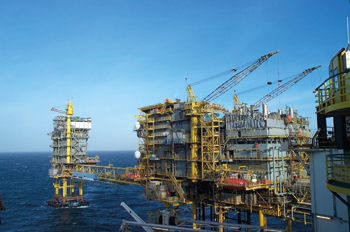 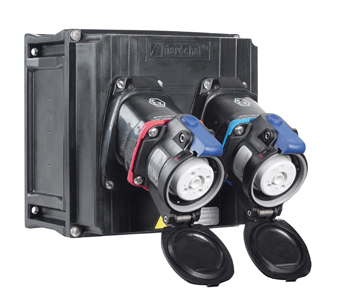 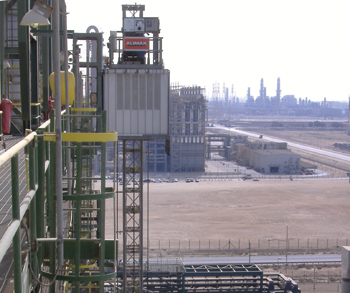 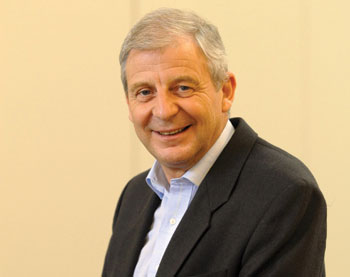 SMEM summit and exhibition in Dubai 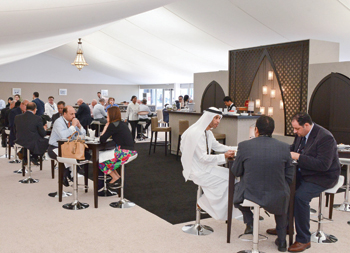 MEPC the place to network 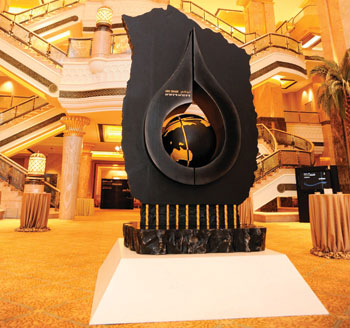 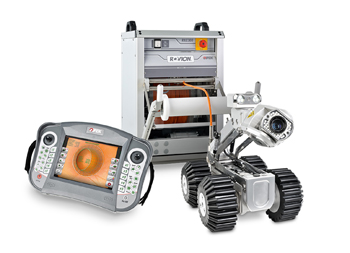 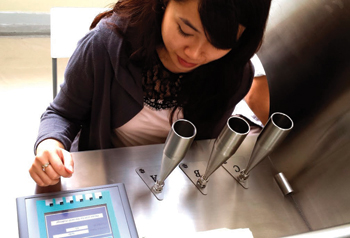 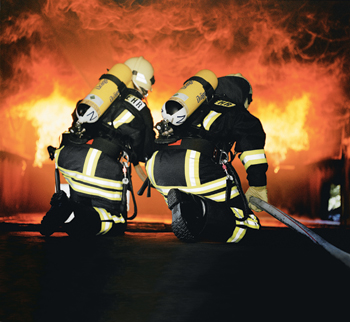 Everything from a single source – Dräger 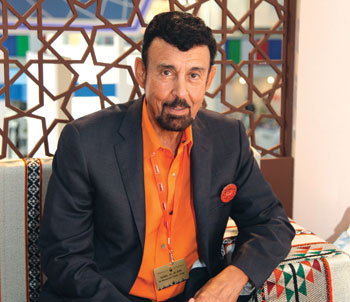 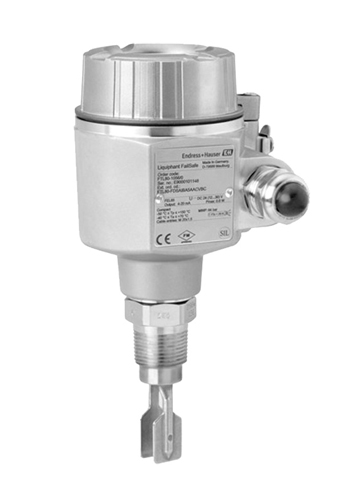