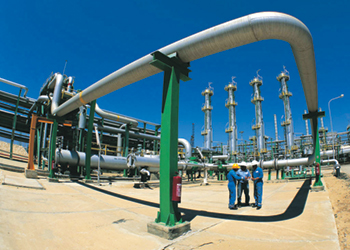 The ministry of petroleum aims to increase the productivity of the existing gas fields, complete the development of the discovered gas fields, and  accelerate the pace of work in order to put them on the production map

Egypt's ministry of petroleum aims to develop 11 gas projects in various concession areas until 2023 with investments estimated at $18 billion to compensate the natural decline rates and increase production.

A source at the Egyptian Natural Gas Holding Company (EGAS) told Al Borsathat the targeted gas projects will produce a total of 2 bscfd, according to the results of search and exploration.

The source explained that the projects planned to be implemented in the field of developing natural gas fields were recently discovered by foreign partners.

The source pointed out that Egypt’s production of natural gas is likely to increase to 7.5 bscfd over the next fiscal year, compared to 6.8 bscfd currently.

He added that the new projects to be linked to production such as Zohr, Noras, North Alexandria, and 9B contributed to offset the rates of the natural decline of fields and increased production.

Furthermore, the average consumption of natural gas in the domestic market is growing annually, according to the industrial and construction development plan and with the increase in the number of cars operating with natural gas, he elaborated.

The average consumption of the domestic gas market will rise to about 9 bscfd by 2020/21, according to the industrial development plan, and increase the production capacity of electricity and the delivery of gas to homes as well as convert more cars to operate by gas instead of petroleum. In addition, it will stop the import of liquefied natural gas (LNG) shipments while achieving local self-sufficiency.

The Singapore-based Norway’s BW Gasification vessel will be used in the event of gas import.

The source stressed that the ministry is working to stimulate foreign partners to implement development projects and increase their investments in Egypt.

Tarek El Molla, Egypt’s minister of petroleum and mineral resources says currently, the Ministry of Petroleum is working on the implementation of new concepts to maximise the investment map of Egypt’s upstream activities. This is contributing towards IOCs pumping investments into the upstream sector, which in turn sends a clear message of the confidence foreign companies have in the investment climate in Egypt.

Furthermore, Egypt is also working on establishing its e-portal project for marketing petroleum blocks and exploration areas, which will contribute to attracting investments from international companies by marketing investment opportunities in the aforementioned areas in an advanced modern way.

Other efforts are being exerted to improve the upstream agreements model, particularly in the newly discovered areas. This is also an incentive for IOCs to encourage them to venture into these areas which pose some exploration challenges that will require large investments and advanced technologies.

Considering this, Egypt’s plan is to offer three international bid rounds this year, the first being the offshore Red Sea, which is a new untapped area, offered by Ganope in early March. Also, over the coming months the country intends to offer another bid round in the West Mediterranean area, along with a third for EGPC to explore for oil and gas in the Western and Eastern Deserts and the Gulf of Suez.

Securing the domestic oil and gas supply is one of the minister’s main priorities. Accordingly, our strategy is based on the speeding up and completion of new projects in discovered fields, co-operation and co-ordination with foreign partners, and the adherence to the stipulated times of the programmes which are set to increase production in the country. These steps contribute to securing the local market’s energy needs.

In 2019/2020, we shall witness the pumping of new gas from several major projects in the Mediterranean Sea, which will contribute to increasing Egypt’s total gas production by more than 7.5 bcf per day. "Moreover, we intend to increase Egypt’s crude oil production to about 700,000 bpd of crude and condensates during fiscal year 2019/20, compared to the current 660,000 bpd."

Egypt’s goal is to exploit the existing opportunities to increase production, particularly when it comes from new exploration areas in the Gulf of Suez and Western Desert. In the latter, the country aims to intensify field development operations via enhancement methods: water injection projects and other modern technologies for crude oil production which will contribute to production increases in the discovered fields.

The ministry’s strategy also considers intensifying international bid rounds and increasing the number of signed agreements with the IOCs for oil and gas exploration. Those agreements are the main engine of petroleum activities in the country, meeting a big part of local market requirements. Additionally, the current projects for upgrading refineries will contribute to meeting most of the domestic demand for petroleum products.

"As for the challenges, we are sure they will not be as severe as those we have confronted over recent years. These did not stop us, and have made us stronger. However, the road is still long. We still need to exert more efforts and devote more work to meet the demanding requirements of the domestic market," he says. 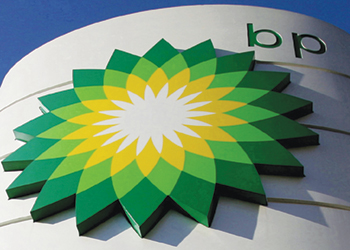