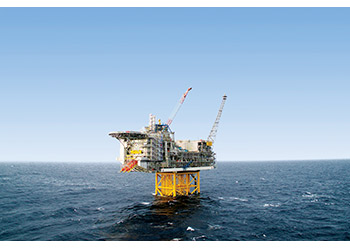 The Asia Pacific dominates the segment with more than 40 per cent share, followed by North America and Europe, as urbanisation and economic development fuel energy demand across the globe

The offshore oil and gas paints and coatings market size is forecast to reach $712.67 million by 2025, growing at a rate of 7.3 per cent during 2020-2025, buoyed by increase in demand for energy and expected growth in oil and gas production.

According to a report by IndustryARC, titled ‘Offshore Oil and Gas Paints and Coatings Market – Forecast (2020-2025)’, the Asia Pacific dominated the segment with a share of more than 40 per cent, followed by North America and Europe.

The growing production of non-conventional shale gas in North America and consistent crude oil demand is expected to further augment the demand for paints and coatings in these regions.

'Increasing urbanisation and economic development have led to the rapid rise in energy demand across the globe, which in turn is expected to fuel the consumption of onshore oil and gas resources. This trend is expected to continue due to availability of vast offshore petroleum resources,' the report said.

Paints coatings are deployed among oil and gas equipment to provide corrosion prevention, nonslip-surfaces, and improve visibility of facilities and elements by using bright paint colours.

Further narrowing down the market, the pipe coatings segment is expected to grow over 5 per cent annually during the forecast period, forecasts Mordor Intelligence Global’s ‘Pipe Coatings Market (2020-2025)’ report.

Major factors driving segment growth are the upsurge in shale oil and gas production in North America, growing infrastructure and industrialisation in Asia-Pacific, rise in irrigation and agricultural activities in Southeast Asia, and rising demand for energy in Europe.

As pipeline projects increase to supply oil and gas from fields to the refineries, so dos the demand for pipe coatings.

On the flipside, plunging oil prices due to oversupply, operational challenges in newly discovered energy reserves, and competition from renewable energy substitutes are the restraints hampering market growth.

The pipe coatings segment is dominated by oil and gas and is likely to grow during the forecast period, with increasing pipeline infrastructure along with growing oil and gas exploration and production activities.

The growth in deep-water exploration and production activities and industrial growth in the Middle East and Africa are likely to provide opportunities for the market studied during the forecast period.

Various pipeline projects have started, while a few others are due to begin construction, and some are ongoing projects that are set for major changes, approval or decisions this year. Alaska LNG Liquefaction Plant in the US, Rovuma LNG Project in Mozambique, Al Zour Refinery in Kuwait, and South Pars Phases 13-14 in Iran are some major projects, which are embarked worldwide at present.

In the oil and gas industry, epoxy coating is used extensively for pipelines, as it is resistant to high temperatures, chemicals, and corrosion. Without pipeline corrosion protection, damages occur, which lead to equipment failure and lost production time. Tubing, pipes, fasteners, and equipment are subjected to the punishing effects of chemicals, water, and sea salt spray.

Epoxy coatings also serve to be extremely beneficial in drilling equipment, where it improves heat resistance, in offshore or subsea operations where coatings are deployed to withstand extreme pressures and salt water

The epoxy segment held a significant share in 2019, and is set to grow annually at 7.48 per cent during the forecast period.

Separately, polyurethane offers the maximum market potential in the global offshore paints and coatings market, owing to rapid industrialisation and expansion of oil and gas industries.

'Polyurethane coatings and elastomers are effective against refurbishment and wear and tear issues in pipes, and thus effectively increase the durability leading to the market growth. Polyurethane is used at all stages of extraction of oil and gas as it provides complete resistance against various hazards, such as pressure, corrosiveness, abrasion, and heat resistance,' said the report.

By installation, drill ships are expected to witness the highest demand for offshore oil and gas paints and coatings during the forecast period.

Organic zinc paints are heavily applied under a specific range of environmental conditions as they are less costly than zinc silicates coatings. Epoxy intermediate coats possess a number of environmental benefits, such as lowering of volatile organic compounds (VOC), propelling the market growth. In addition, epoxy coats achieve the required thickness and retain film build around sharp edges, which boosts the market growth.

• Raw material costs: Raw material costs and environmental concerns related with the release of volatile organic compounds (VOCs) by chemical organic coatings are limiting the market growth to some extent. Oil exploration is an expensive and high-risk operation. Offshore and remote area exploration is generally only undertaken by very large corporations or national governments.

The offshore oil and gas paints and coatings is a consolidated market, where few players account for significant share of the demand. Major players are 3M, AkzoNobel, BASF SE, Hempel, Kansai Paints, Nippon Paints, PPG Industries, The Sherwin-Williams Company, The Dow Chemical Company, and Wacker Chemie, among others. 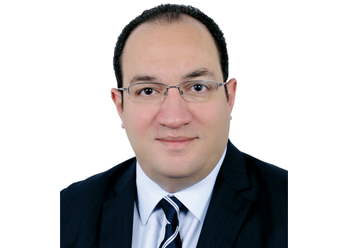