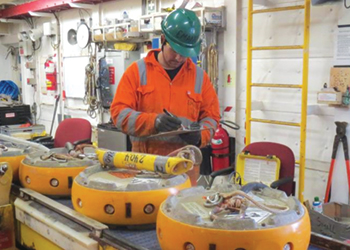 15,000 nodes were used in the siesmic acquisition campaign

Totalenergies and Qatar Petroleum (QP) launched one of the largest offshore seismic acquisition campaigns ever in 2019, opening a new stage in geophysics in the Middle East.

Known as Ocean Bottom Nodes (OBN), this process represents a major breakthrough in the improvement of the structural imaging of reservoirs and the understanding of the hydrocarbons that they contain.

Ruben Sanchez, Geophysics Manager at North Oil Company (NOC), offered his feedback on the methodology performed in the Al Shaheen field. NOC is 70 per cent owned by Qatar Petroleum (QP0 and 30 per cent by Total.

What were the objectives of the OBN programnme?

Sanchez: Technically, unlike other regions, seismic imagery on Al-Shaheen was of average quality. Conventional seismic imaging exercises are undertaken using 8 to 14 cables of 2 to 8 km in length, usually comprising a single type of sensor called a hydrophone. A vessel tows the cables several meters below the water surface.

In an area characterised by many complex surface and at sea-level structures, this type of seismic acquisition has a number of drawbacks: it is dependent on meteorological factors such as swell and ocean currents, there are risks associated with existing infrastructure, the biosphere and maritime traffic, etc.

Another technique is to deploy cables directly on the seabed (ocean bottom cables) containing sensors connected to a recording vessel. This technology and method provided the potential for a significantly improved deployment scenario as well as it represented a unique opportunity to meet both technical and HSE challenges.

The primary objective of this new type of OBN programme was to improve our 4D seismic tools in order to obtain better a geological and dynamic understanding of developed reservoirs.

We are also seeking to better define reservoirs in production (field geometry, estimation of porosity, presence of gas, etc.) whilst at the same time adhering to a tight schedule and controlling costs.

How did you go about carrying out this offshore seismic acquisition programme?

Sanchez: Once the area to be imaged and the strategy had been defined, a bathymetric study was carried out in 2018 to map any obstructions or debris on the seabed. The images from the remotely operated vehicle (ROV) and side-scan sonar readings confirmed and clarified the existing natural and/or anthropic structures in the area.

Given the complexity of the Al-Shaheen field, we identified a contractor able to undertake the seismic acquisition whilst adhering to the HSE criterion defined by the NOC referential.

A seismic fleet was created comprising a source vessel, two ships for deploying and recovering the nodes and three chase vessels. In total, more than 400 people were involved.

How does the use of nodes classify as a technological achievement?

Sanchez: Each node is an autonomous recording unit containing a hydrophone and three directional geophones, together with sensors used to synchronise seismic data and monitor all of the node’s movements while it is on the seabed.

As they can be located as close as possible to the source of the information being sought, the data collected by these sensors is of a very high quality.

Nodes are attached independently to a rope laid on the seabed by a dedicated vessel. The device rests on the seabed under its own power for two to four weeks, recording information every two milliseconds.

Once the acquisition is complete, the team simply attaches the end of the rope to a vessel and recovers all the nodes to check their integrity and download the data before redeploying them.

It is possible to position the node lines near the extraction platforms even though a minimum safety distance of 100 m is required.

The lines can also be deployed in several segments in accordance with the restrictions dictated by existing infrastructure and equipment installed on the seabed.

Were there any specific environmental aspects you needed to take into account?

Sanchez: The Arabian Gulf is highly sensitive from an environmental point of view because it contains a rich marine fauna with many sea turtles and cetaceans. In order to preserve this ecosystem, we decided not to run this programme between April 15 and October 8 — the period when the world’s concentration of whale sharks is highest.

To limit the impact of the seismic activity on the marine life, we were accompanied throughout the programme by specialist observers, liaison officers working with the local fishermen and the Qatari Ministry of Fisheries.

What were the results of this OBN programme?

Sanchez: It ended in January 2020, having required substantial operational effort on the part of a multitude of teams within the NOC, QP and Qatar Gas. The quality of the data collected was very encouraging.

Only 20 transponders, 7 nodes and 3 anchors were lost during the acquisition operations. By the end of the campaign, almost all of this equipment (87 per cent) had been recovered by the ROV.

We can now hope to undertake other seismic acquisition programmes over the coming years in part of the area already covered in 2019 (4D) and other areas with significant gas and oil potential located in the centre of this region (3D). 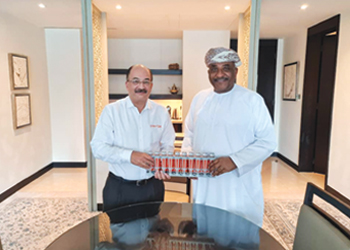 Oman firm to use record seismic nodes for a single project 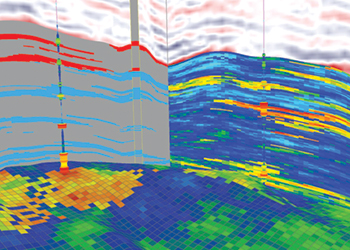