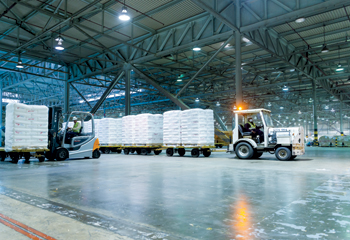 The Made in Saudi programme currently covers 17 diverse sectors

On the ‘Made in Saudi’ website, companies can check their eligibility for the programme by answering three simple questions; a single negative answer will render them ineligible.

The questions are: Are your products grown, extracted, or produced in Saudi Arabia? Does your company operate in any of the following sectors? Do you have valid licenses to operate in the Kingdom?

In March 2021, Saudi Arabia unveiled the Made in Saudi programme, to boost sales of local products domestically and internationally.

The national programme is an initiative of the National Industrial Development and Logistics Program (NIDLP) that aspires to boost consumer loyalty to Saudi-made products, and is central to the Kingdom's Vision 2030 roadmap to diversify its economy and cut its reliance on oil revenues.

The Kingdom plans to invest a whopping SR12 trillion ($3.2 trillion) by 2030 to help refocus the economy away from oil.

According to the programme website, currently there are 17 diverse sectors that get priority for the programme, such as chemicals, polymers, building materials, electronics and packaging. There is no cap on the number of sectors that can join.

The number of companies that had joined the program by December 2021 reached more than 1,300, with over 2,000 registered products.

The fundamental elements of the programme include increasing local consumption and the market share of local goods and services, increasing the percentage of Saudi non-oil exports to priority export markets, and contributing to enhancing the attractiveness of the Saudi industrial sector for local and foreign investment.

Initiatives such as Made in Saudi and the Saudi Export Import Bank (EXIM) will help boost the private sector’s contribution to the GDP to 65 per cent and the proportion of non-oil exports in the non-oil GDP to about 50 per cent by 2030.

In 2021, the Kingdom attracted $21.6 billion of investments in the industrial sector, while non-oil exports in H1 2021 recorded the highest value in the Kingdom’s history, with an estimated increase of 37 per cent, achieving SR125.3 billion in revenues.

And despite the challenges of the pandemic, Saudi products reached 178 countries in 2021.

The Kingdom is making every effort to invite, attract and sustain investments.

In February, it gave foreign firms until the end of 2023 to set up headquarters in the country or risk losing out on government contracts.

By October 2021, it had licensed 44 international companies to set up regional headquarters in the capital Riyadh.

The new headquarter establishments would add $18 billion to the economy and provide around 30,000 job opportunities by 2030, Fahd al-Rasheed, President of the Royal Commission for Riyadh City, then said.

He said the 44 firms would move to Riyadh within a year, adding that the target was for 480 companies by 2030.

In February this year, more than 150 national companies showcases the diversity of industries and local products at the Made in Saudi Expo in Riyadh in what was the first of its kind to gather national brands under one roof.

Saudi Arabia can take a leaf out of successful ‘made in’ schemes of other countries, such as ‘Made in Italy’, Made in Germany’ and ‘Made in USA’ to better its Made in Saudi programme.

Probably one of the oldest programmes in modern history is the US’s ‘Made in USA’ scheme, whose history goes as back as 1790, when President George Washington told the first session of Congress that the 'safety and interest' of a free people 'require that they should promote such manufactures as tend to render them independent of others for essential, particularly military supplies'.

Ever since the US Congress has taken a special interest in the health of the manufacturing sector.

Additionally, the national identity of manufactured products has been a matter of congressional concern since, at least, the 1930s.

But unlike the ‘Made in Saudi’ programme, which requires a company’s products to be grown, extracted, or produced in Saudi Arabia, the US scheme treats a good as US-made if 'significant parts are of US origin and if the good was transformed in the United States, even if all research, design, software development, and other nonphysical activities related to its production occurred in other countries'.

This gives the Saudi programme more local authenticity over other similar schemes.

However, the Kingdom must be wary of anything and everything that could derail the programme, including lack of skilled labour, bureaucratic hurdles and challenges related to costs and technology transfers. 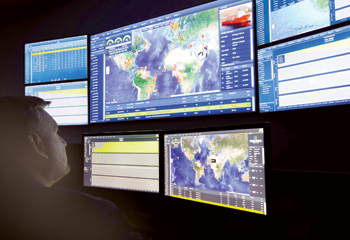 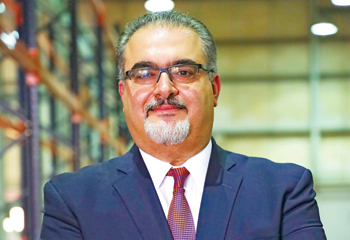 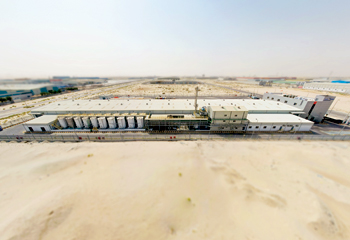 High-temperature chemical reaction tech gets ‘Made in Saudi’ stamp