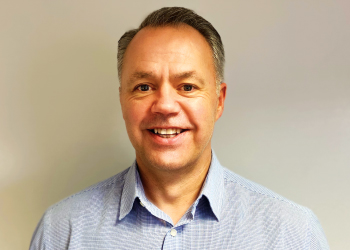 Throughout the lifecycle of a subsea well, in challenging and hostile environments, a range of vital equipment plays a host of crucial roles enabling and maintaining safe, smooth production. Intervention workover control systems (IWOCS) are without doubt among those critical pieces of kit.

Alan Combe, Operations Manager, IWOCS, Proserv Controls explains how an IWOC system has an important part to play from installation through to abandonment.

"At the installation stage, IWOCS can undertake function testing, ensuring components within the tree system are all working properly, and, especially on larger subsea fields, they can also be used to check that the manifolds are communicating with each other, with the electrics and hydraulics operating effectively."

Typically, during day-to-day operations on established brownfield sites, Combe suggests IWOCS will be required to support the monitoring and controlling of equipment during interventions, for instance if production levels have declined and remedial work is necessary.

Then, as a well nears the end of its active life, Combe states that an IWOC system can " control, test and monitor well barriers prior to the removal of the subsea tree, and associated equipment. This operation obviously has safety as well as environmental considerations."

So, with such a potential array of core abilities, operators prefer to have an IWOC system easily accessible, ready to carry out these functions – but they also look for certain key attributes from their chosen IWOCS provider.

"A priority for operators is the competency level of the technicians employed by the service provider. They want to know their levels of expertise. At Proserv, we maintain a clear competency system that our technicians need to go through to make sure that they are up to spec. It is something we are very good at and our technicians are always up-to-speed, providing that reassurance to the operator."

Combe adds that when an operator recognises the expertise and know-how of the IWOCS technicians, they often seek an arrangement involving personnel specifically dedicated to their own project, "These guys are highly rated and so operators want the same people working exclusively on their assets. The technicians will then be on-hand for the chosen client, able to respond quickly if an issue arises.

"The obvious benefit is that the operator and the technicians get to know each other, aiding trust, efficiency and speed."

A rapid response is a prerequisite for service providers like Proserv, particularly when the global upstream industry is increasingly demanding less downtime and improved margins.

"As a service provider, our repeat business is based upon our ability to react. If an operator develops a problem with a subsea well, we have to be able to get personnel, and any relevant equipment, to them within a matter of hours, whether those technicians are dedicated to the project or not."

Another equally vital necessity is the reliability of equipment and Combe indicates that if an IWOCS provider experienced regular breakdowns offshore, it would soon see the impact of such setbacks "the next time a contract is handed out." Combe reveals how costly this could be:

"If equipment failures or unreliability prevented the installation of the subsea tree, then you basically have downtime, no production, but all the while the operator is paying a daily rate on the drilling rig – this can mount up quickly and would obviously be really frustrating." Major problems are not common but if any issue such as an umbilical or downline fail occurred, the outage could potentially last for days at a time.

For Proserv Controls, one of its key priorities is regular maintenance and inspection of its IWOCS, alongside evaluating the need to enhance its portfolio of equipment and ensuring all systems are up-to-date with latest industry compliance standards.

Combe explains that his team undertakes a lot of IWOCS preservation and maintenance contracts for operators involving system integration tests (SIT) where Proserv technicians can either utilise their own site or can go to the customer’s facility and conduct essential function integration testing. This procedure, allied to specific "pre-job tests", is crucial before the subsea tree and IWOCS kit is packed and sent offshore.

"The SIT essentially involves hooking up the subsea equipment to our IWOCS to make sure that everything is interfacing and communicating as it should be."

Such processes offer the best approach to making sure vital technology is functioning at optimum levels before being taken into often-remote waters. But Combe stresses that if an issue nevertheless arises, then being able to call on skilled, trusted technicians can keep downtime to an absolute minimum.

Activity in the global subsea segment is growing according to industry analysts and last year was expected to be the first since 2014 to see subsea revenue growth. Worldwide, operational expenditure (OPEX) should increase by a compound annual growth rate of 4.4 per cent up to 2025.

In the Middle East and North Africa, although not a major subsea market, OPEX is actually forecast to spike by more than 13 per cent over the same period, driven by activity in the waters of Egypt and, to a lesser extent, Saudi Arabia. Indeed, the combined spend of OPEX and capital expenditure across the region should comfortably exceed $10bn over the next five years.

But analysts also point to the global subsea sector moving into deeper waters with Proserv’s own studies suggesting more than 400 new wells, at depths greater than 600 metres, will have come on-stream in the years between 2015-25.

So with the subsea industry moving into potentially more challenging environments, Combe suggests there may be an opportunity in the future for Proserv Controls to employ its real-time monitoring technology to keep a close eye on the performance and status of key equipment such as the IWOC umbilical and reeler.

"This extra data would give us more insight to the future reliability and efficiency of the equipment and so would then benefit our service to the customer. At the end of the day, an operator simply wants its IWOC system to do its job as smoothly and effectively as possible." 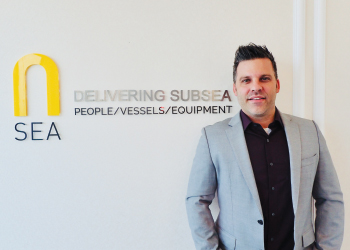 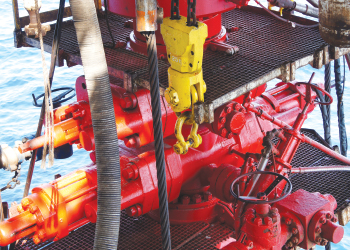