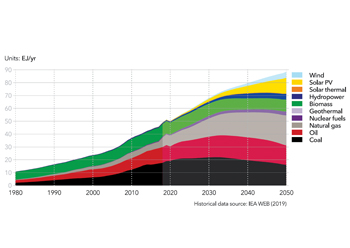 Coal, currently the region’s largest source of energy, will decline before peaking around 2030 and will be replaced by natural gas in manufacturing and by renewables in power

The populous region of the Indian Subcontinent is projected to grow to 2.3 billion people by 2050, and this means huge pressure on the local governments to meet the energy demand of their growing economies.

Energy supply is a main issue. In terms of electricity access, of the 141 ranked economies in the 2019 Global Competitiveness Report, India is ranked 105th, Bangladesh 108th, and Pakistan 111th.

India’s choices for powering further economic growth, plugging energy gaps, and addressing local air pollution will largely determine the rate of the transition in this region. Although India’s coal intensive energy sector is vast, the past decade has seen a steady growth in renewables.

Pakistan faces severe energy deficiencies. Its energy mix is dominated by fossil fuels with reliance on imports, although it has domestic coal reserves. Pakistan targets coal as a way out of a shortage of gas and growing reliance on oil-based generation.

According to DNV GL’s energy transition outlook for the region, the largest increase in demand is expected to come from manufacturing, while transport also sees strong growth.

The 2050 electricity mix is dominated by solar PV with about 37 per cent, the highest such share among all regions. Coal, gas and hydropower each have around 15 per cent of the electricity generation mix. Coal is currently the region’s largest source of energy and will continue its growth before peaking around 2030. The subsequent decline of coal will be due primarily to its replacement by natural gas in manufacturing and by renewables in power.

Oil use in the region will see strong growth until around 2040, after which electrification of transport will send oil use into decline. Natural gas use will triple over the forecast period and eventually overtake coal as the biggest energy source. Despite the rapid growth of renewables, fossil-fuel energy sources will still represent 62 per cent of the energy mix in 2050.

• Coal versus renewables: Only China produces and uses more coal than the Indian Subcontinent, where production peaks in 2032 at 1,100 Mt/year, falling to 800 Mt/year by 2050. Despite the latter region’s high domestic production, it will still need to import coal right through to 2050 to meet demand. Switching to renewables from coal comes later than in other regions, with coal still firing 45 per cent of power generation in 2030.

While the three largest sources of renewable energy – hydropower, solar PV and onshore wind – will generate around 30 per cent of the region’s electricity in 2030, this share will more or less double by 2050. As coal’s role declines, these alternative energy resources will be needed to keep up with India’s growing energy demand, notably in manufacturing and transport.

India has pledged a greater non-fossil fuel share in its energy mix, and that renewables capacity will rise by 2022 to well beyond a 175 GW target, and later to 450 GW. With 87 GW installed as of March 2020, 175 GW looks challenging. The government is working towards major reforms like a real-time electricity market and amending the Electricity Act-2003 to assist the transition.

India’s smaller western neighbour Pakistan has abundant but largely unexploited potential in solar, wind and hydropower. However, government estimates suggest investment in coal-fired generation, in which the China-Pakistan Economic Corridor will be instrumental.

And Bangladesh, to India’s East, is expected to strengthen renewable energy and energy-efficiency programmes to bridge its shortfall in energy supply. However, plans to reduce dependence on natural gas, with a move towards coal for 50 per cent of total electricity by 2030, will pose significant climate risks as well as economic opportunity costs as renewables become cheaper. Addressing subsidies for industrial use of oil products and natural gas will be a key issue.

• Emissions: The Indian subcontinent’s energy-related emissions have increased considerably in recent decades but are still relatively low among other regions (1.5 tCO2/person). Emissions will keep increasing to peak in the mid-2030s, driven by strong increases in manufacturing and transport emissions.

Nationally Determined Contributions (NDCs) pledges indicate the region aims to limit emissions growth to no more than 503 per cent by 2030 relative to 1990. Energy-related emissions are expected to increase by 418 per cent, suggesting the target is not ambitious. 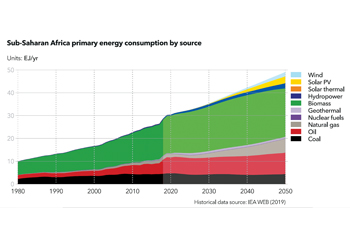 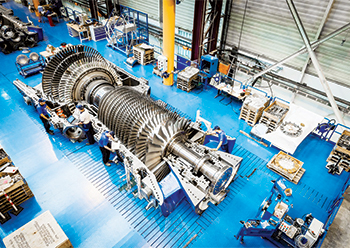 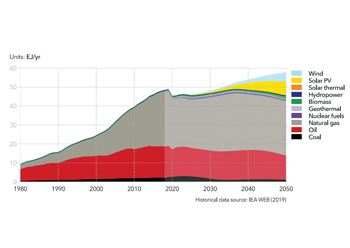 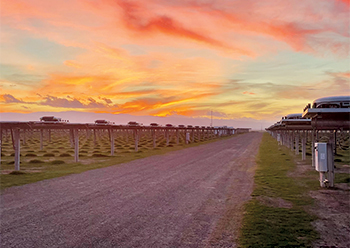