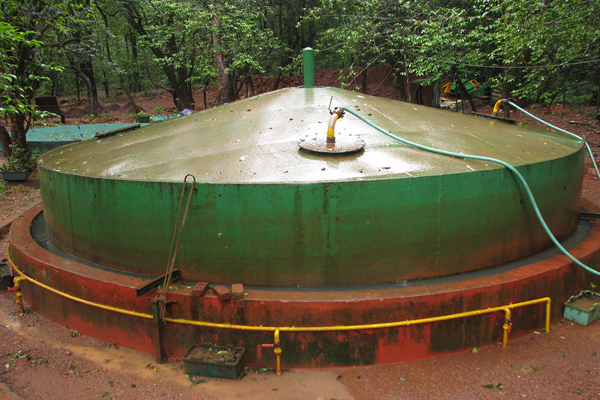 Norwegian energy company TrønderEnergi has become the largest shareholder in Scandinavian Biogas, a leading producer of biogas in the Nordics.
The company, owned by 24 municipalities in Norway, the utility NEAS and the Norwegian pension fund KLP, has since early 2016 been a minority shareholder of Biokraft, a subsidiary to Scandinavian Biogas.
Through the transaction, TrønderEnergi, will own approximately 37.1 million shares in Scandinavian Biogas, equivalent to approximately 18 per cent of all outstanding shares. Along with BTAB Invest and AC Cleantech Fund TrønderEnergi becomes the largest shareholder in Scandinavian Biogas.
This is a great and logical next step for TrønderEnergi executing the green energy investments and growth plan. The Swedish market for biogas has major potential, and it makes industrial sense for us to invest in Scandinavian Biogas as a leading biogas company in Scandinavia.
“Our ambition is to address the expected growth in the biogas market through the ownership in Scandinavian Biogas, as we see this as an important industrial development for a carbon neutral transport sector and a circular economy,” said Ståle Gjersvold, the CEO of TrønderEnergi.
“Even though the biogas market has experienced a material development and growth last 10 years we are still at the beginning of the truly industrial biogas market development in Scandinavia.”
“Sweden and Norway have ambitious climate targets for the transport sector, and biogas provides one of the best and most efficient ways to reduce the carbon footprint of the sector. With TrønderEnergi as a major shareholder and active owner Scandinavian Biogas will be strongly supported to take the next step in its development,” said Matti Vikkula, CEO of Scandinavian Biogas.
Biokraft owns and operates world’s largest facility for production of liquid biogas, LBG, in Trondheim, Norway. Its main feedstocks to produce LBG are ensilage from fish industry and process water from pulp and paper industry. LBG delivered from the Biokraft facility is mainly used within transportation.
The demand for LBG is high and growing, and has multiple applications, among others for long-haul freight traffic and for the shipping business, thus also closing the circular loop in the future – maritime based feedstock to maritime green fuel.
Scandinavian Biogas is one of the Nordic region's largest private producers of biogas as vehicle fuel. The company also operates a production facility for pre-treatment of food waste and industrial organic waste, as well as a raw biogas plant in South Korea. —Tradearabia News Service
Share