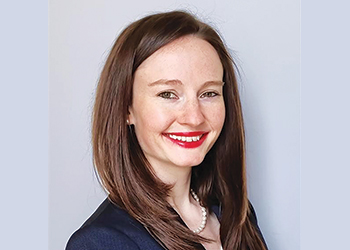 While real progress was made at the COP26 Summit, the main conclusion drawn by the Glasgow Climate Pact was that further emissions cuts are required and need to be provided by the end of 2022. This is to ensure that countries are on track to meet the UN Paris Agreement’s target of net-zero by 2050.

In order to achieve these carbon reductions, the 2021 State of Climate Action Report, authored by the world’s top climate analysis coalition, Climate Action Tracker (CAT) explains how: 'In some industries, the technologies, practices, and approaches needed to accelerate decarbonisation are well understood but have not yet seen the levels of investment and political support needed to rapidly scale up mitigation action.'

As polymeric repair composites and protective coatings fall into the bracket of ‘technologies’ that can actively ‘accelerate decarbonisation’, it could be argued that further investment into these systems could help many industries to ratchet up their carbon intensity reduction plans in line with the net-zero target.

According to data from CAT, based on the goals made at the COP26 Summit, global warming is projected to rise to 2.4 deg C by 2050. Although this is an improvement on the 2.7 deg C rise that was projected prior to the conference, it is still way off the 1.5 deg C target.

To sum up the situation, the report said: 'The transitions required to avoid the worst climate impacts are not happening fast enough.'

As such, the report identifies how it is imperative that transformations towards a net-zero future must occur throughout every sector of society at a pace that is far faster than recent trends.

Indeed, as the goals set at COP26 fell short on achieving the Paris Agreement’s net-zero target, countries are preparing to deliver on COP26’s request to 'revisit and strengthen their current emissions targets to 2030 in 2022'.

OUTLOOK FOR THE POWER INDUSTRY

CAT’s report goes on to share statistics on the carbon intensity reductions that need to be made by numerous industries by 2030, in order to limit warming by 1.5 deg C by 2050.

Reductions for the power industry include:

• The carbon intensity of electricity generation will need to reduce to 50–125 gCO2/kWh.

Unlocking the potential of polymeric materials for carbon mitigation: As part of the ever-growing arsenal of carbon mitigation technologies and initiatives, industrial coatings and repair composites can help industries, such the power industry, to achieve these reductions.

With a comprehensive range of polymeric Belzona systems including epoxy repair composites, high-temperature coatings, liquid waterproof membranes, elastomeric roof coatings and pipe wraps, amongst others, these systems have been proven to not only repair and protect damaged assets across many different industries, but to also intrinsically improve them for the long term as well.

The environmental implications of this are astronomical. By bypassing the need to replace damaged assets and instead actively improving them, industries can make great strides in minimising their carbon footprints.

• Economic benefits of investing in high-performance coatings and repair composites: Not only this, the report also describes the need for 'energy- and process efficiency practices [that] can be economically feasible and help drive industrial system transitions'.

As explained in the following case study, investment into composite repair materials and industrial coatings is also an ‘economically feasible’ option.

By purchasing these systems, this mitigates the fees that can accumulate in the process of asset replacement. These fees include the cost of the asset being replaced, the labour required during the removal, disposal and installation process and also the downtime that can be incurred during this procedure.

For these reasons, an increase in investment into these technologies would help many different industries in the process of ratchetting up their 2030 emissions reduction plans, in line with the net-zero emissions by 2050 scenario, in a way that is also financially advantageous.

• Steel fabricator saves millions thanks to polymeric repair and protection systems: These types of carbon and financial savings were made by a Steel Fabricator in Scunthorpe, UK. Over the course of several years, the asset owner has saved millions of pounds by deploying a series of polymeric repair and protection systems, including epoxy repair composites and stainless-steel protective coatings, on their gas pipeline.

Previously, the Client had opted to replace the steel pipes that were severely damaged by corrosion. However, as each metre of pipeline costs £8,000 ($10,713), this meant that to replace a 90-m section, a total expenditure of £720,000 was incurred.

In order to bypass these expensive replacement fees in the future, as well as mitigate the carbon intensity of replacing the damaged steel in this way, the client was looking for an alternative solution.

Following a Belzona inspection and then approval from the client, the following polymeric systems were used to repair and protect the corroded pipeline: Belzona 1151 (Smoothing Metal), Belzona 4151 (Magma-Quartz Resin), Belzona 4154 (Bulkfill Resin) and Belzona 5811 (Immersion Grade).

Starting in 2016 and continuing through into 2022, the Belzona systems were and continue to be deployed across the pipeline to combat the widespread corrosion - totalling a distance of 2,030 m. This will help the fabricator to not only minimise its carbon footprint, but also to make approximately £16 million in financial savings as well.

In fact, this application won the contractor a National Award for the speed in which the repair was carried out, as well as the huge savings it allowed the Client to make.

For these reasons, an increase in investment into industrial coatings and repair composites would help countries in the process of ratchetting up their 2030 emissions reduction plans, in order to achieve the net-zero emissions by 2050 target.

Not only this, as discussed, these technologies are also instrumental in helping asset-owners across many different industries to make significant financial savings as well.

• Belzona is a leading company in the design and manufacture of polymer repair composites and industrial protective coatings for the repair, protection and improvement of machinery, equipment, buildings and structures.