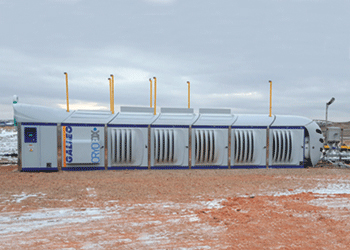 The energy transition, already a significant topic off the back of COP26 and in the lead-up to COP27, is now even more at the top of the agenda due to the continuing effects of the Ukraine-Russia war on energy markets.

Western sanctions on Russia due to the Ukraine invasion have disrupted the Russian gas supply to Europe, sending global gas prices to all-time highs earlier this year and raising energy security concerns.

'As global energy demand increases — while there is a continued push for stable and cleaner energy sources — interest in LNG has risen substantially because of its 25 per cent lower carbon emissions than traditional fuels,' Tom Sikorski, Galileo Chairman and Founding Partner of Bluewater, tells OGN.

'In light of this we believe LNG solutions like Galileo, which help monetise stranded assets cleanly and sustainably, will be increasingly important,' he says.

Galileo Technologies (Galileo) deploys a unique technology to capture natural gas from any source and convert it into LNG onsite, and believes the services and technologies provided by Galileo will gain importance as the world continues to seek lower emissions as well as reliable, low-cost sources of energy.

Galileo has developed a modular and easily scalable solution for small and mid-scale liquefaction through its Cryobox LNG production station and associated ZPTS gas conditioning plant.

Additionally, its trademarked virtual pipeline allows transporting the LNG anywhere without the need for pipelines through trucks in its ISO containers.

The company has been developing goods and services for more than 30 years to make the production, transportation, and consumption of natural gas, biomethane, and hydrogen more economically viable.

Sikorski says: 'Our unconventional solutions offer efficient energy in 70 countries with responses tailored to each of our clients, reducing their operating costs and monetising new gas sources. The clear objective always is to help them improve their competitiveness and environmental quality.'

He adds: 'We are engineers and technicians who develop solutions for all the gas value chains. Tuning in to our customers’ challenges has led to our being recognised as leaders in introducing technologies for gas in all its forms, such as our Galileo Compressors.'

In Argentina, Galileo has participated in constructing a 41-MW gas power plant supplied solely by LNG; as such, it has no pipeline connections. The plant reduces CO2 emissions by around 30 per cent as an alternative to diesel.

'Building pipelines is a costly business for relatively small amounts of gas. With regulators increasingly cracking down on flaring and venting, companies must get ahead of the problem as economically as they can,' Sikorski says.

Galileo’s technology is currently being used in various parts of the world, including:

• US through EDGE, a JV the company has with NextEra. This is the most significant utility in the world outside China.

• Brazil, through its project with Eneva. The stranded gas to power project, which has proven how scalable the technology is using 33 interconnected cryoboxes in a single field.

• Puerto Rico, where it is being used to produce renewable natural gas by liquefying gas from different types of waste.

• Columbia: A stranded gas to power project with Canacol.

EDGE is an LNG distribution platform that makes LNG available to customers to use as a fuel for power generation.

It uses Galileo’s cryoboxes to liquefy gas at well sites and gas pipelines and transports the LNG to customer sites for power generation.

EDGE has over 10 cryoboxes in operation in the Permian and plans to deploy another 10 boxes by the end of the year.

Sikorski says Galileo Technologies is the lowest cost technology in the market. 'It is also the only one that offers a modular end-to-end solution, including gas treatment, liquefaction, transportation, vapourisation, and dispensing. Therefore, it is present in the places listed above, among others.'

H&P, through its more than 200 rigs in America, will allow both a more robust sales channel direct to customers and a possibility for LNG-powered rigs, making them much cleaner than diesel.

Both companies will work together to develop a cleaner solution based on LNG for power generation on site.

The Middle East is one of the most prominent flaring regions globally, and there is scope for using Galileo’s technology.

The company aims to break into new markets and wants to show how the technology works. It can point to a biodigester project in Puerto Rico and wellhead businesses in Argentina, Colombia, Brazil, and the Permian Basin to prove its point.

Sikorski says: 'Global growth will also come from the possibility of lloro dice RNG (renewable natural gas), which is increasingly a focal point in Europe’s decarbonisation efforts. The company already has a few of these projects in the pipeline.'

Galileo is also making breakthroughs in the distributed generation, which will bring its solutions to the consumer.

It plans to deploy Cryoboxes in multiple countries and create a business with over 300 cryoboxes deployed over the next five years.

'Ultimately, we are confident that our technology can play a significant role in producing cleaner energy worldwide and making the most out of the existing energy assets countries already have,' Sikorski says.

Galileo has been a global reference in modular technologies for CNG and LNG production and transportation.

It has been operating CNG technology over the last 30 years, with sales in over 65 countries worldwide.

As a broader energy company, it focuses on stable and efficient decarbonisation through both its cryobox and biobox (cryobox for RNG) technology.

Galileo’s portfolio includes the broadest range of compressors and pumps for vehicles and vessels, pipeline boosters and wellhead compressors, and the Virtual Pipeline® system for gas distribution by road, which can reach remote communities and industries without a pipeline network connection.

Galileo is based in Buenos Aires, Argentina, and has a global service and training hub in Los Angeles, US.

It exports and provides ongoing assistance to customers in 70 countries in Latin America, North America, Europe, Africa, and Asia. 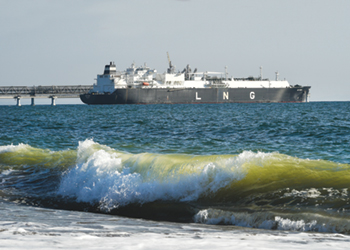 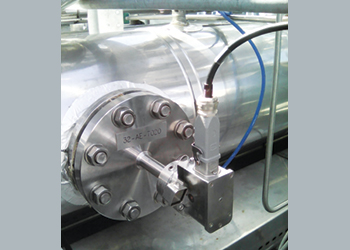