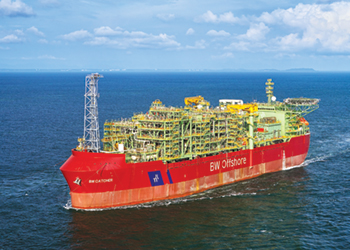 BW Catcher is a newly deployed FPSO in the North Sea, which achieved first oil late in 2017. It has an oil storage capacity of 650,000 barrels, with a processing capacity of 60,000 barrels per day

Babcock, an aerospace and defence company, has been awarded a four year framework contract for brownfield fabrication and modification projects on the BW Catcher, a Floating Production Storage and Offloading (FPSO) vessel owned by BW Offshore – a leading global provider of floating production services to the oil and gas industry.

The scope of the contract includes engineering, onshore fabrication and offshore modifications on the Catcher FPSO.

Sean Donaldson, Babcock’s Managing Director of Energy and Marine, and the Rosyth site, said: "The framework contract taps into Babcock’s experience of supporting specialist maritime vessels from our Rosyth facility using our expert teams. BW Offshore is a company which we have had an enduring relationship with over the years and we are delighted to be supporting them with the Catcher FPSO."

Rod MacLeod, BW Offshore’s Asset Manager for BW Catcher, said: "BW Offshore has a long-standing and successful relationship with Babcock, both in the UK and internationally, and we look forward to building on this foundation in the future."

BW Catcher is a newly deployed FPSO in the North Sea, which achieved first oil late in 2017. It has an oil storage capacity of 650,000 barrels, with a processing capacity of 60,000 barrels per day. With a design life of 20 years without dry docking, it can be moored using a submerged turret production at an average water depth of 90 metres.

BW Catcher is on a seven year fixed term and 18 years of options contract with Premier Oil and will be deployed to the Catcher field in Central North Sea, UK.

Babcock has worked with BW Offshore since 2014 through a contract for the lay-up and preservation of the Athena FPSO at Babcock’s Rosyth facilities.

For more than a century, Babcock, the Aerospace and Defence company, has been trusted to deliver bespoke, highly-skilled engineering services. We help customers in the UK and around the world to improve the capability, reliability and availability of their most critical assets within the four market sectors of Marine, Land, Aviation, and Nuclear, underpinned by a deep understanding of technology integration, unique infrastructure and specialist training. 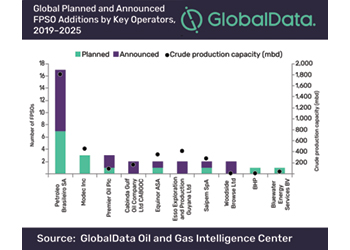 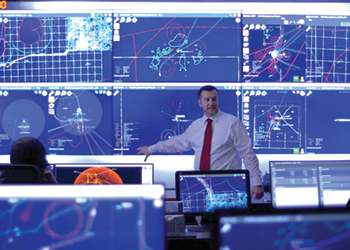 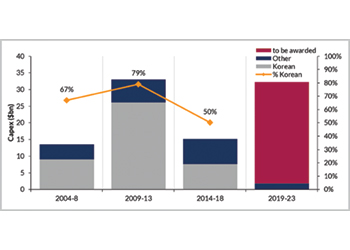 Will the HHI-DSME mega merger turn the tide?