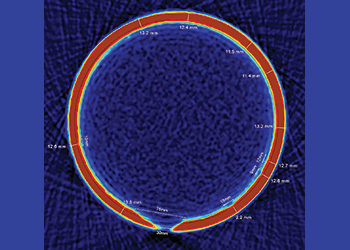 Tracero's Discovery performed 605 scans to determine the operational viability of a coated water injection flowline in offshore West Africa, and identify localised metal loss anomalies at all spots at the time of inspection

Despite the recent economic downturn in the oil and gas industry, the need for subsea inspection is still as prevalent as ever. Regulatory demand and the consequent need to prove the condition of a pipeline/asset is at the forefront of regular inspection campaigns.

"Maintaining an asset’s integrity is almost invariably cheaper than performing significant repairs on an asset and we, as inspection service providers, can help to ensure that potential failures in asset condition are identified and determined as early as possible," says Robert Hardy, EMEA Commercial Manager, Tracero.

Through non-intrusive inspection, Tracerco’s innovative solutions for asset integrity allow operators to assess the condition of their assets/pipelines, whilst online and all in real time. Hardy says by providing integrity insight to know the unknown, costly downtime can be eliminated and production targets can be kept on track. Critical decisions regarding life extension or asset abandonment can also be made without stopping or interrupting production.

Tracerco was commissioned by an operator in offshore West Africa to perform a non-destructive testing (NDT) on a coated water injection flowline. "By using Discovery, the world’s only field proven subsea CT scanner, the aim was detecting internal thickness reduction due to potential corrosion issues at specific locations of the flowline. Visual assessment prior to the inspection campaign confirmed that there was a leak at two locations," Hardy says.

Discovery was deployed to inspect seven sections of the flowline over its entire length, including the known through-wall defect locations, to determine whether it was just those sections that needed repairing or if the whole line needed replacing.

The through-wall defects at sections 3 and 5 were detected and measured. The integrity of the pipe 1 m up and downstream of these defects was also closely analysed for the suitability and location of the proposed repair clamp.

Localised metal loss defects were also identified at all other scanning locations with mean remaining wall thickness between 13.6 mm and 14 mm versus a nominal value of 14.3 mm.

All scans at all sections were successfully completed as per the project scope. The pipe was observed to be completely filled with fluid with an equivalent density to water and localised metal loss anomalies were identified at all spots at the time of inspection offshore.

Sections 3 and 5 were known to have a through-wall defect as there was a confirmed leak at these locations prior to the inspection campaign. This area of zero remaining wall thickness is shown in the tomographic reconstruction in the figure.

The quality and volume of inspection data obtained, whilst online and without the need for any coating removal, provided the operator with statistical confidence that the condition of their entire system was not compromised. Based on the scan data generated from Discovery, the operator also made the decision to seal the leaking sections of the flowline by fitting pipe repair clamps. 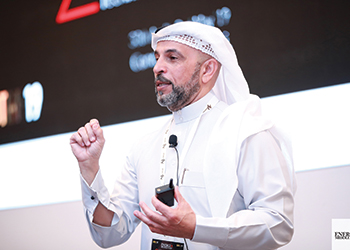 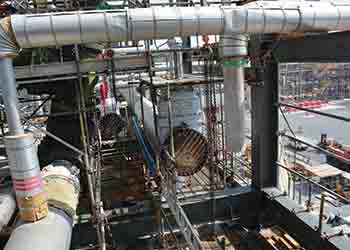