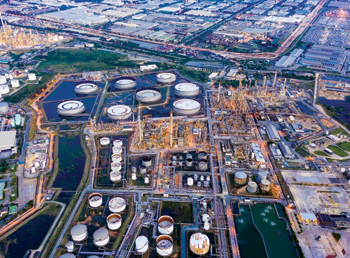 Oil and gas companies are actively leveraging advances in IT computing

The selection of a technology solution in the oil and gas industry is not one that is taken lightly, as the organisation is relying on this solution for the considerable commercial life of the asset.

For the sake of reliable service, the industry in the past has been selecting large system providers for their automation and control solutions. However, the vast majority of these systems are proprietary, which necessarily results in ‘vendor lock-in’, tying the operator to a specific vendor for a considerable amount of time, leading to issues of limited innovation, compatibility, and technology obsolescence.

However, oil and gas companies are now actively looking at transforming the automation and control solutions by first breaking the hardware and software inter-dependency inherent to closed proprietary control systems, then leveraging advances in IT computing to create an open-architecture, industry-supported interoperable platform adapted to the oilfield operational environment.

Moving to such new architectures is often a process, so Intel is offering oil and gas organisations the means to jump start their transformation with new classes of solutions that give them a foundation upon which to build a more agile future.

In a whitepaper, Intel discussed its collaboration with ExxonMobil on the Universal Wellpad Controller (UWC) to transform the automation and control of onshore oil and gas wells and surface facilities.

One of the first physical realisations of an open interoperable control platform is the UWC, a powerful edge control device for well and surface facilities as well as an example of how Intel and its partners are driving innovation in the oil and gas industry.

The UWC enables oil and gas organisations to manage and scale their field automation more efficiently and cost-effectively. The UWC is used to monitor and control onshore production wells and surface production facilities. It integrates ruggedised OTS hardware with an open architecture and reference open source software (UWC middleware) and application components from multiple vendors into an interoperable, process control platform (Figure 1). The extensibility of the platform and the edge analytics features of the middleware give operators and integrators the ability to insert near-real-time analytics at the wellpad, allowing process optimisation and enhanced operational efficiency.

Unlike conventional proprietary controllers, the controls of the UWC are deployed as containerised software installed onto OTS hardware. This allows multiple control functions to be instantiated and consolidated on a single UWC unit. It also provides a platform that can be updated and have new functions/applications added over time.

The UWC enables oil and gas operators to shift their technology architectures from proprietary, legacy systems to an interoperable open environment that consolidates existing workloads as software-defined applications that run on standard computing platforms. The UWC was designed specifically with this shift in mind (Figure 2).

The UWC’s design is based on container technology and a modular, microservice architecture. This approach has been a driving force for innovation across almost every industry around the world. A recent report from industry analyst firm Forrester Research found that container usage is also rising with 86 per cent of IT leaders prioritising their use for more applications.1 In fact, according to IDC, by 2023, over 500 million digital apps and services will be developed and deployed using cloud-native approaches like containers and microservices. For context, that is the same number of apps developed in total over the last 40 years.

The majority of systems used by the oil and gas industry today are made up of a monolithic application architecture.

Monolithic applications are packaged onto hardware predetermined for peak loads. The main problem with this development approach is the tight coupling between components (hardware/software), such that it cannot be easily upgraded and updated. For example, a simple software update can have negative side effects that could result in revalidation of the entire hardware and software stack.

In contrast, a microservice architecture is an architectural style that structures an application as a collection of individual services that are easily maintained and tested, but also deployable on their own.

Most microservice architectures make extensive use of containers. A container is a type of software that is highly standardised and operates as a single unit that packages up all the necessary code for an application so it can move from one computing environment to another and still run reliably.

Containerised software will always run the same, regardless of the infrastructure. The UWC is able to provide the benefits it does due to its foundational microservice architecture. The UWC provides a set of essential middleware services for experts in the field to create microservice-based solutions. Features include data collection and control with Modbus, prioritised data exchange pathways for process control data, connectors for device management, SCADA, and back-end data systems. The scalable hardware and software framework enables the addition of new protocols, data analysis, and other capabilities to meet specific application needs. With a UWC, the control and optimisation of multiple wells can be consolidated on one single edge compute node.

Another important aspect is how microservices communicate with each other; especially for process control, the QoS (Quality of Service) must be guaranteed to achieve soft-real-time capabilities. The UWC middleware includes EII (Edge Insights for Industrial) internal data bus (ZeroMQ based) that guarantees QoS and efficient data transfer with minimum latency in IPC mode. The UWC microservices communicates over EII internal bus using publish-subscribe messaging pattern and policy-based data traffic prioritisation.

BRIDGING THE IT/OT GAP WITH SPARKPLUG

Part of what makes the UWC platform so powerful as a platform is its ability to serve as a bridge between operational technology (OT) frameworks governing wellhead production and Information Technology (IT) architectures that generally house the management, monitoring, and analytics solutions governing business applications and metrics.

Historically, OT and IT networks operated in separate spheres and had little to no interaction with one another. A big reason was there was no mechanism, nor common language, for the systems in OT and IT to 'speak' with one another.

However, in recent years, the advent of trends like digital transformation has enabled the convergence of OT and IT systems. A big part of this has been the rise of containers and microservices, but also the development of messaging protocols that enabled these disparate systems to communicate. For industrial systems, a protocol known as MQTT has become the dominant messaging protocol for industrial systems across multiple markets.

Despite its powerful functionality, the industry recognised MQTT needed something more to provide value to the data it transmitted across OT and IT networks. As a result, a coalition of organisations created the open source Sparkplug specification.

Sparkplug is a specification that defines how to use MQTT in a mission-critical, real-time OT environment. It is an open source software specification that is governed by the Eclipse Foundation, an organisation tasked specifically with providing vendor-neutral governance over Sparkplug and other open source solutions. This is similar to the role of the Linux Foundation in relation to the governance of the Linux kernel.

As global energy markets around the world continue their journey of digital transformation, the oil and gas industry is recognising the benefits of open and interoperable software-based systems. This new class of solutions built on OTS hardware with open source software based on containerised microservices architecture supporting soft-real-time capability and open specifications like Sparkplug is poised to enable a simpler, more productive, and more cost-effective industry where innovation is commonplace. Success in this new market is dependent on the individual oil and gas operator’s embrace of this new model. Only a truly interoperable and open architecture approach will allow for the consolidation of existing oil and gas workloads as software-defined applications running on standard advanced edge compute platforms like the UWC.

Beyond laying the foundation for a new era of remote process control productivity, this open model will also enable the development of new technologies from AI and analytics to new sensor network models that will further advance the oil and gas industry. Flexibility, reduced costs, rapid innovation and increased productivity are all a result of this approach. Thanks to the joint development of Intel and ExxonMobil, the UWC is just the first example of the many innovations that will be driven by adopting a microservice architecture and an open source model. 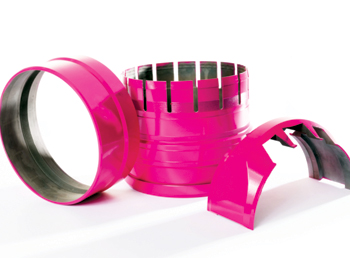 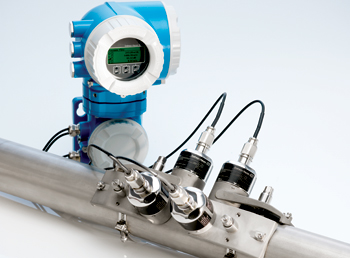