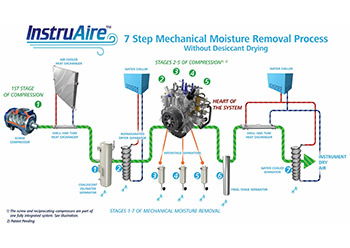 Bauer is so confident of its system, it offers lifetime and 100 per cent system performance guarantees supported with total ownership of the entire system, says a company spokesman

At the Pemex Refinery’s gas processing plant in Mexico, several issues had surfaced because of moisture, oil and small solid particles in the instrument air system.

This led to further problems, including corrosion in instrument air supply pipes; the instruments weren’t functioning properly, and broken instruments were incurring high maintenance costs. This also led the facility to lose process control, running up losses on products and plant productivity, cause shutdowns and mishaps.

According to a spokesman for Bauer Kompressoren: 'The client used traditional instrument air compressor with dryer. The dryer contained desiccant material. With high humidity and in the presence of plant gases, the desiccant was breaking down into powdered form. This was getting carried into plant air and providing bad quality of the air for instruments and valves.

'After a few months. The instruments started corroding and chocking due to air containing particles. This resulted in a production loss of 11 per cent in one year.'

These major indicators drew Bauer to conduct a thorough study. Its experts found the customer’s instrument air to contain high moisture, oil and solids. There were also oil, rust and desiccant alumina deposits accumulated throughout the pipelines.

As a consequence, the piping network had a high level of advance internal corrosion present and this was resulting in breakage and leakage in diverse areas. The poor-quality air was making its way to the instruments and causing problems.

In theory, the traditional system works great, but in reality the molecular sieve material breaks down over time from the effects of hydrocarbons and moisture, and the system becomes ineffective bypassing the drying system. This also leads to the compromising of the instrument reliability, causing high cost of ownership and a slew of other serious issues.

• At higher pressure, the ability of the air to retain moisture is diminished.

• After each compression stage, the air is cooled and forced to flow into a separation chamber.

• The deflecting flaps make the air spin as it enters the chamber.

• Heavier particles (solids, oil and water) are pushed by centrifugation to the chamber walls and gravity pulls them to the deposit at the bottom.

• Dry air leaves trough the center of the chamber

InstruAire is designed to provide instrument quality air for refineries and offshore and onshore oil and gas operations without the reliability and maintenance issues associated with desiccant dryers.

In addition, it provides reserve air storage (up to 60 minutes) to handle large peaks in demand as well as assure continuous supply of air to instruments in case of a facility power outage or brown-out.

At the heart of the system is Bauer’s state-of-the-art five-stage compressor necessary to effectively separate moisture from the ambient air. After each stage of compression the moisture is then separated from the air, seven times, through special separators, ultimately providing you with instrument air. The compressor system is water-cooled for optimum reliability and has the ability to run on a continuous-duty cycle.

Bauer is so confident of its system, it offers a lifetime guarantee and 100 per cent system performance guarantee. Nearly 70 years of Bauer air purification experience is built into the system, which is designed, built, guaranteed and supported by Bauer as it takes 100 per cent ownership of the entire system.

Bauer Kompressoren is a leading German manufacturer of high-pressure compressors, having manufactured and provided performance-proven, high pressure, breathing air solutions for over 60 years.

Its new facility in Jebel Ali Free Zone was opened in January 2006, to service the Gulf and Middle East region.

A full stock inventory of compressors and spare parts are available from stock, along with breathing air accessories such as filling panels, maintenance monitors and air purity test kits.

Bauer trained technicians are available to service equipment at your site or at our workshop at competitive rates.

In addition to the breathing air compressors, Bauer Kompressoren GCC offers an industrial range of compressors for air, helium, nitrogen and CNG. All the applications are fully supported from its Jebel Ali Depot with installation, commissioning, training and long-term maintenance contracts.

Business not as usual: Rethinking a disrupted electricity sector 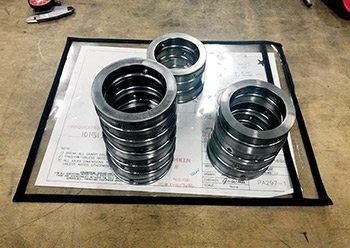 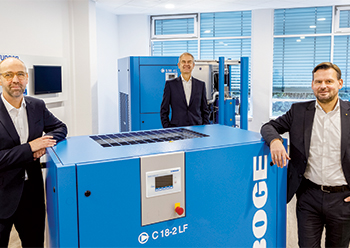 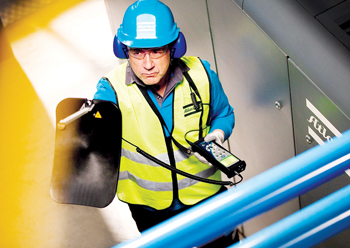