Operational resilience was key to continuity 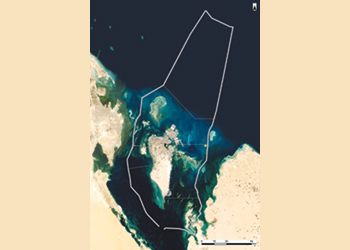 The pandemic was unexpected but the Kingdom’s oil and gas sector stayed on course with its plans and projects in 2020, which tested the operational resilience of companies, Bahrain’s Oil Minister HE Shaikh Mohamed Khalifa Al-Khalifa tells OGN

Challenged by Covid-19 pandemic, oil reliant economies have been facing the headwinds. These nations had the tough task of keeping the engines of the economy running while protecting its people from the virus.

The Kingdom of Bahrain, however, has responded swiftly and effectively. Measures such as government stimulus package, financial subsidies, levies and waivers have secured continuous operations across industries even during the peak of the pandemic. The Kingdom’s oil and gas sector has proven its resilience to the ongoing global challenge. Export of petroleum products recorded $4.4 billion in the first nine months of 2020. $1.6 billion worth of contracts for exploration and development have been signed off in 2020. Oil exports accounted for over 70 per cent of national revenue last year and it remained a key driver in the Kingdom’s economy.

In an exclusive interview with Abdulaziz Khattak of OGN, Bahrain’s Minister of Oil, HE Shaikh Mohamed Khalifa Al-Khalifa, provided an insight into the achievements and aspirations for the Kingdom’s oil and gas industry and spoke on the Bapco Modernization Programme (BMP), exploration and development (Khaleej Al-Bahrain oil discovery and new blocks), major gas projects, green initiatives and localisation efforts as well as Covid-19’s impact on investment.

The Minister said: 'The pandemic was unexpected and it impacted the entire way of how people live. Obviously, the demand for oil and gas was hit hard; especially last summer. Thanks to the leadership of His Royal Highness Prince Salman bin Hamad Al-Khalifa, the Crown Prince and Prime Minister, Bahrain has been one of the pioneers who reacted early and proactively. A lot of our companies did well despite the Covid-imposed restrictions. Our businesses have shifted to hybrid models with staff working from home and at the office. Companies collaborated and shared creative ideas to contain the infection. Workflows continued without delay. I must thank each and everyone in our operating companies for their contribution and dedication. They have done an exceptional job to demonstrate operational excellence.

'Globally, oil producing countries gathered together to hold back production and keep the market afloat. Today, we are in a much better position. As reflected on the oil price, we started to see the upward trend of demand. The pandemic is still a concern but once the world breaks through the confinement, the momentum will speed up and the demand will exceed the pre-Covid levels.'

On investments, the Minister highlighted global investors’ confidence in Bahrain’s oil and gas sector when nogaholding raised $600 million from Islamic bonds last month. 'Bahrain, with its proven reserves of 124.6 million barrels, is a small but key player in the GCC’s regional energy strategy. The positive outlook for Bahrain’s energy mix can be seen by the positive reaction in the market. The fund being raised will be used for development of upstream activities in the coming two to four years,' stated HE Shaikh Mohamed.

HE Shaikh Mohamed said: 'BMP is one of the largest projects in the history of Bahrain and for Bapco. The crude refining capacity will be nearly doubled from the current 267,000 barrels per day (bpd). It will transform Bapco into one of the most competitive and environmentally compliant refineries in the region.

'The Resid Hydrocracking Unit (1RHCU) and the desulphurization units in the new refinery is amongst the largest in the world. It will shift Bapco away from high sulphur fuel oil to high margin final products such as kerosene and diesel. Nearly 99 per cent of the low value feed will be converted.

'What remains at the bottom of the barrel will be processed in the delayed coker into anode-grade coke which is imported into Bahrain for Aluminium Bahrain (Alba) today. The anode-grade coke produced by Bapco will meet 75 per cent of Alba’s demand, thus, mitigate the reliance on imported feed. Bapco will be one of handful refineries to produce anode-grade coke in the region and one of the best refineries in the world once integrated with petrochemicals.

'BMP has reached almost 70 per cent completion rate despite the impact of the pandemic. Most of the equipment has been delivered to site and erected. The construction site is progressing well but due to travel restrictions of the workers which made it difficult to get them in and out of their own countries, completion is estimated to be delayed by approximately 12 months.'

'Tatweer Petroleum is doing an amazing job in the upstream. Not only has it maintained the production targets but also pursued in numerous exploration and development projects to increase the output. We will continue funding these projects by tapping the financial markets,' said the Minister.

• Khaleej Al-Bahrain & Pre-Unayzah: One of the closely watched projects is the Khaleej Al-Bahrain (KAB) basin. An estimated 80 billion barrels of tight oil and 14 trillion scf of associated gas in KAB will have immense impact on Bahrain’s economy once extracted.

When commenting on the progress, HE Shaikh Mohamed said: 'We have identified what we expect to be the largest oil and gas discovery since 1932 at Khaleej Al-Bahrain. When we first announced the discovery, we said it would take five years and it has now been three years. At present, we have one active well that is producing oil and one from which we are learning.

The idea is to try and gain as much information as possible so that we can attract international companies to come and invest.

'Drilling of the test wells in neighbouring onshore areas is currently ongoing and the first offshore production well will be drilled by end 2022. We have intensified the work and laid a roadmap for the next 10 years to develop the basin; from the assessment and initial production phase to actual commercial production.

'The active well at the basin is being studied by Tatweer Petroleum in collaboration with US labs. The company is getting a better understanding about unconventional oilfield development. The amount of available oil has been confirmed through studies conducted by 21 specialised consultancy firms led by Texas-based DeGolyer and MacNaughton (Demac). Further studies will focus on the geological, engineering and lab aspects of what amounts of oil and quality of product could be extracted. Once you get all the science right, you can start drilling. We have made a lot of progress and produced a lot of oil so far, but I think there's still more to learn. Hopefully, we can soon come to a conclusion on how to optimize this. The actual pricing and revenues from the new find can only be calculated when commercial drilling starts and achieves steady production.

'Oil prices are crucial in attracting investments. Higher oil price would make it easier for us. Last year was a bad year to try and attract companies for something as unknown as ‘unconventional’ oil here. But we didn't waste time; we spent a lot of time learning and improving our knowledge about the unconventional.'

About gas, the country’s reserves received a significant boost after a new discovery in 2018 at Pre-Unayzah which is estimated to hold 10-20 Tcf of gas. 'We have discovered more gas last year, a new zone of gas, which substantially increased Bahrain's gas reserves. The new discovery is still under appraisal and more wells have been drilled,' he said.

'British based Petrofac was contracted by Tatweer Petroleum in June 2020 for well hook-ups, pipelines, and tie-ins for several new gas wells which are planned to be drilled as part of its gas delivery strategy in the Bahrain Field.'

• New blocks: Tatweer has carried out seismic work and acquired new data of its exploration zones at Bahrain’s offshore area, in addition to aeromagnetic scans of the country’s territorial waters. In 2019, an exploration agreement was signed with Italian company ENI for one of four offshore blocks. Drilling in Block 1 was scheduled to start by end April 2021 which spans an area of 2,800 sq km north of the country.

HE Shaikh Mohamed revealed: 'Tatweer will launch a roadshow soon to promote the remaining three offshore blocks to investors. We are now going to approach the market after processing and studying new seismic data. The markets are now adjusting to investment in exploration and we will test it. Hopefully, by the end of the year or early next year, we should sign up.'

Banagas continues operating its new plant which was commissioned in 2018 and has the capacity of 350 mmscfd. Revenues from LPG sales are expected to be doubled starting from this year.

In early 2020, an offshore LNG terminal project was completed by Bahrain LNG that would allow an extensive option for LNG imports from various sellers to ease the procurement process.

The Minister shared with OGN on how Bahrain’s oil and gas sector contributed to making our environment greener.

HE Shaikh Mohamed said: 'Bahrain has the potential of becoming a key player in the global green fuel sector, especially ammonia (both blue and green). The Kingdom has undertaken several environmental initiatives in the fields of renewable energy and energy efficiency. Bahrain ratified the Paris Agreement in December 2016 and has worked proactively to integrate climate change strategy into national policies including its Bahrain Economic Vision 2030.'

However, Bahrain is cautious of being positioned in the same group as oil producing countries. The Minister astutely indicated 'Bahrain reminds the world that it’s a small island state which is impacted by issues surrounding climate change, rising sea levels, shoreline erosion, freshwater aquifer contamination and industrial pollutants. Typically, small island states in the global climate change agenda are seen as countries that need support of the climate change framework. We will keep our environment clean but as a small island state, we deserve to be supported. We cannot chase environmental targets without considering financial viability.

'We have several environmental projects to address the concerns of climate and environmental changes. Through our operating companies, we have already achieved the targets set by SEA on renewable energy, energy efficiency and sustainability. Tatweer Petroleum has achieved production of 4 to 5 MW from its solar power plants, while Bapco produces approximately 15 MW.'

Other ESG initiatives that the Minister mentioned were:

• Aquaculture: Develop the Ras Hayyan Center with Ministry of Works, Municipalities Affairs and Urban Planning. The expanded aquaculture feed plant will cater to the need of both local consumption and exportation.

• Solar: Install solar panels on 10 houses in Bahrain and study the impact; in collaboration with Electricity and Water Authority (EWA), Sustainable Energy Authority (SEA) and Ministry of Housing.

• ESCOs: Retrofit buildings with energy efficient equipment to reduce power bills by 20-40 per cent; a project invested by EWA and NOGA in energy services companies (ESCOs).

In closing, the Minister encouraged graduates to engage in vocational careers.

'There is a common misunderstanding about vocational careers that they are low-level and low-paying jobs. In reality, that is not the case. Vocational jobs are probably the most important parameter in the industry. We need to change people's perception. That is where we want to put emphasis on.

'Bapco has a long history of exploring and developing employees’ potential. Its Oil and Gas Academy nurtures young talents to meet the industry’s future needs.

'Women are encouraged and supported in vocational careers as well. We embrace diversity and promote equal opportunities in the workplace. There is an increasing number of women working in our sector and some are holding key leadership positions.

'I look forward to welcoming fresh graduates who are going to join our talent pool,' the Minister said.

Operational resilience was key to continuity 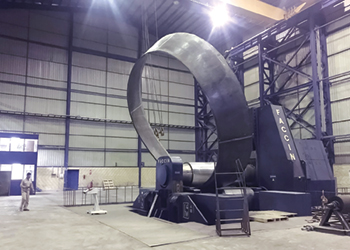 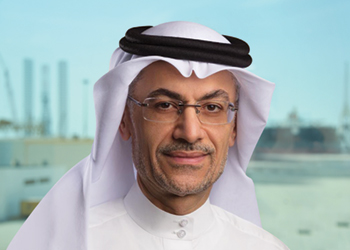 Asry focuses on retrofitting ahead of IMO fuel deadline 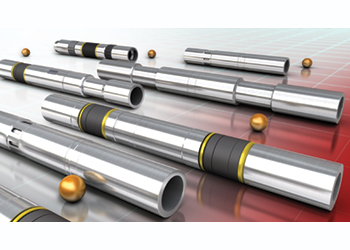 Packers Plus to play key role in developing local talent 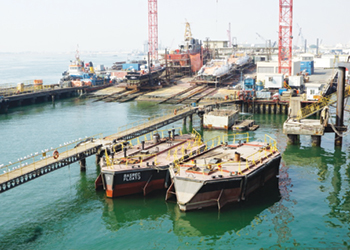 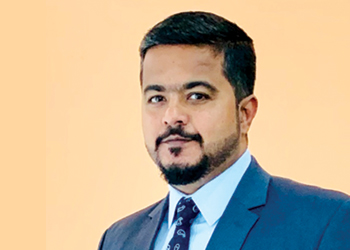 Get decades of protection with Hempel's time-tested coatings 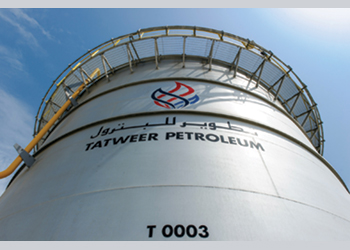