The GCC can leverage its tremendous renewables potential

The Gulf Cooperation Council (GCC) countries have increased their focus on actions to address climate change concerns but there is an urgent need to further accelerate decarbonisation efforts.

With approximately 40 per cent of global carbon dioxide emissions from fuel combustion attributable to electricity and heat production, decarbonising the power sector must be prioritised to build a more sustainable future.

In the GCC, this goal can be achieved most effectively by leveraging the region’s tremendous renewables potential together with its abundant natural gas reserves, while transitioning away from higher carbon intensity liquid fuels such as oil and diesel, highlights a newly published white paper by GE, called ‘Pathways to Faster Decarbonization in the GCC’s Power Sector’.

According to Joseph Anis, President and CEO of GE Gas Power Europe, Middle East, and Africa: 'The challenge we face today is not quite as straightforward as simply providing lower carbon power. We need to solve for the energy trilemma of supplying more reliable, affordable, and sustainable power, in the context of increasing demand for electricity.

He added: 'There is no one-size-fits-all answer, and we recognise that multiple solutions -- including solar, wind, hydro, gas, nuclear, battery storage, hybrids, and more - will contribute to the region’s long-term energy mix. However, the accelerated and strategic deployment of renewables and gas power in the GCC can enable substantive reductions in emissions rapidly now, while advancing technologies for low or near-zero carbon power generation in the future.'

The region realised up to a 69 per cent compound annual growth rate (CAGR) in installed renewables capacity between 2015 and 2020, starting from a very low value and reaching a total of 2.4 gigawatts (GW) at the end of this period.

This was driven by fundamentally sound factors such as falling costs especially of solar photovoltaic (PV) solutions; the suitability of renewable solutions for utility-scale projects; and technological advancements that enabled the deployment of renewables in the GCC’s hot and harsh environment.

However, the rapid penetration of variable renewable energy can also present challenges such as grid instability.

Furthermore, gas power, which is becoming increasingly efficient, accessible, and affordable, can complement variable renewables with firm, on-demand electricity that can be ramped up or down quickly.

With up to a third of the GCC’s power produced by liquid fuels such as crude oil, heavy fuel oil (HFO), diesel, and others, switching away from them to natural gas also offers significant reductions in emissions, without compromising the reliability of electricity supplies, as gas produces the lowest emissions among traditional fossil fuels.

Another important means to decarbonise power in the short term is to enhance the performance of the region’s existing gas power infrastructure by implementing gas turbine upgrades and converting simple cycle power plants to combined cycle, a measure that can help generate up to 50 per cent more power without additional fuel or emissions.

More importantly, gas power technology can enable substantial reductions in carbon emissions through the use of hydrogen for electricity production or carbon capture technologies at the exhaust.

Beyond power generation, the white paper advocates for investments in grid transmission and distribution systems, the adoption of digital solutions, as well as a continued focus on demand side energy efficiency and management to curtail energy consumption, wastage, and emissions. 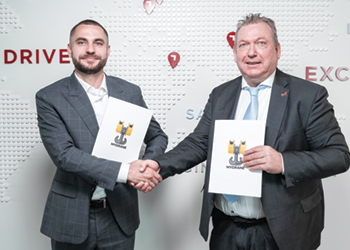