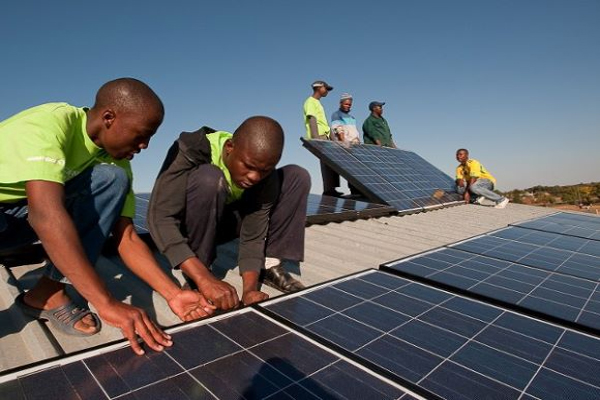 Botswana has invited bids from independent power producers (IPPs) to build a 200 megawatt (MW) power plant as the country looks to boost power generation and increase the proportion of renewable energy.
The scope of the bid covers financing, construction, operation and maintenance as well as decommissioning the plant at the end of its economic life, according to a document published by the country's Ministry of Minerals and Energy.
"The project, comprising of two units of 100 MW each, will be required to be commercially online by 2026/2027 and will sell all the energy produced and capacity to the Botswana Power Corporation (BPC) through a Power Purchase Agreement," read the pre-qualification document.
Submission of bids closes on June 8.
Botswana has some of the world's highest levels of direct normal (solar) irradiation (DNI) - a measure of the amount of sunlight - at over 3,000 kWh/m2 per annum, according to Solargis.com, a global agency of solar data.
But the country currently does not have any large-scale solar power generation and its 600 MW national energy demand is predominantly met by state-owned coal-fired plants and imports, primarily from South Africa.
Under a 20-year resource plan approved in 2020, Botswana plans to add more than 600 MW of solar and coal-fired power by 2026, as the country looks to wean itself off imports while also eyeing power exports.
Endowed with more than 212 billion tonnes of coal, Botswana's power generation is expected to remain dominated by the fossil fuel in the near future although the diamond-rich country has a target to have at least 18 per cent of national production generated from renewables by 2030. --Reuters
Share