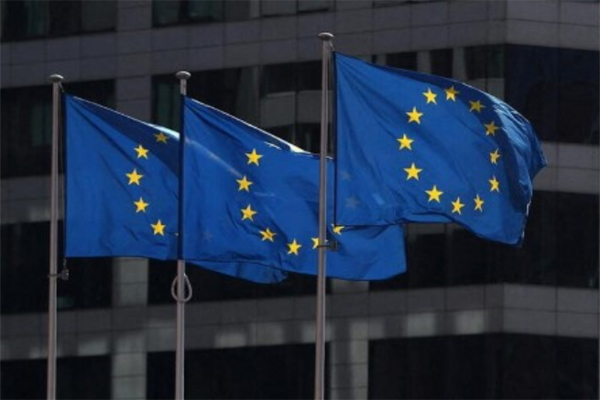 A heatwave in parts of Europe has piled pressure on energy systems as demand for air-conditioning risks driving prices higher and adding to the challenge of building up stocks to protect against any further cuts to Russian gas supplies.
Sweltering temperatures have arrived earlier than usual this year, notably in France and Spain, prompting consumers to turn on air conditioning despite historically high power prices.
Europe, meanwhile, is racing to fill storage ahead of what is normally the peak demand winter season as it fears disruptions to the 40 per cent of Europe's gas supplied by Russia, which has already cut off some customers.
As temperatures climbed above 40 Celsius (104 F) in parts of Spain, high demand for power collided with lower output from renewable energy sources, forcing the power system to fall back on more expensive gas plants. This pushed gas demand for power generation to a record high.
Gas-fired power plants in Spain took delivery of 770 gigawatt hours (GWh) of the fuel on Wednesday, the highest daily figure since June 2008, transmission system operator Enagas said.
Temperatures in several areas of neighbouring France hit 40 C on Thursday and are expected to peak at as high as 42 C on Saturday, posing problems for nuclear generation, which needs cool river water to lower temperatures at plants. [nL1N2Y40AH}
Nuclear operator EDF said it expected production to be restricted as temperatures rose and flows fell on the Rhone river near its Saint Alban plant.
"Heatwaves push the system to the limit," Christian Egenhofer, Associate Senior Research Fellow at the Centre for European Policy Studies, said.
Climate change is making heatwaves more frequent and more severe, scientists say. Europe endured its hottest summer on record in 2021.
"The situation is a stress in general, even under normal conditions. It is even more so now, given the situation where we are with the gas prices, with the overall tight conditions of the market," Simone Tagliapietra, senior research fellow for the Brussels-based Bruegel thinktank, said.
Europe's benchmark gas price, which influences power prices, has risen 320 per cent over the last year, dragging up electricity costs across the EU.
A spokesperson for France's electricity transmission operator RTE said higher temperatures over the last two days had boosted demand, and electricity imports from neighbouring countries including Spain, Italy, Germany, Belgium and Britain had helped to compensate for reduced nuclear power.
Wind, photovoltaic and solar thermal are expected to pick up in Spain on Friday, reducing demand for gas, Enagas said.
"There might be some tension, but in general we should cover this summer without trouble. Gas storage is still being filled at the moment," Fernando Garcia, director of European Utilities Equity Research at RBC Capital Markets, said.
But some analysts said high demand from a hot summer could make it harder to fill storage sufficiently ahead of the winter.
EU countries have been rapidly filling gas storage this year, with EU-wide stocks 52 per cent full, up from 25 per cent at the end of winter. Supplies are considered unlikely to run out, but robust demand and concerns about Russian flows could keep energy prices at high levels.
The heatwave has coincided with the introduction of a mechanism in Spain and Portugal to temporarily subsidise fossil fuel plants' generation costs, to try to limit the impact of high gas prices on electricity bills, while the countries build more renewable capacity to cut reliance on CO2-emitting gas in the long term.
Andreas Rudinger, associate research fellow at Paris-based think tank IDDRI, said this was affecting exports of electricity to France from Spain.
"If power prices become lower in Spain, importing becomes even more attractive for French actors considering the existing scarcity at the national level," he said. --Reuters
Share