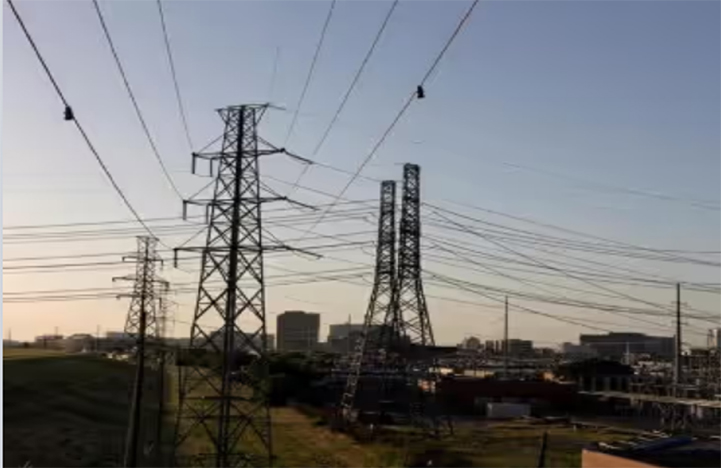 Record US electricity consumption is driving near-record combustion of gas by power generators, ensuring gas inventories remain under pressure and prices remain high.
In common with other parts of the US economy, growth in gas production and the electricity supply has not kept pace with growth in demand after the pandemic, creating ongoing shortages.
Net electricity generation between January and April amounted to 1,337 billion kilowatt-hours surpassing the previous seasonal records of 1,331 billion kWh in 2014 and before that 1,319 billion kWh in 2008.
Gas-fired units accounted for 470 billion kWh in the first four months, their second-highest seasonal output after 500 billion kWh in 2020, according to data from the U.S. Energy Information Administration (EIA).
Gas-fired generation is surging this year despite high fuel prices – in contrast to 2020 when the surge was driven by collapsing gas prices, which caused gas generators to run in preference to coal ones.
There is not enough spare capacity in the generation system to reduce reliance on gas even as prices rise, especially since many coal units have been decommissioned.
Natural gas prices actually paid by generators in the first four months of 2022 were more than double those in the corresponding period in 2020.
Gas generators accounted for 35 per cent  of all power output in the first four months, compared with 21% from coal, 19  per cent  from nuclear, 16 per cent from wind and solar, and 7 per cent from conventional hydro.
One consequence is that gas-fired generators consumed 3,832 billion cubic feet of gas in the first four months of the year, second only to 4,083 bcf in 2020, and well above the pre-pandemic five-year average of 3,315 bcf.
Gas generators are almost certain to have maintained a record or near-record output and gas consumption in May, June and July, given temperature trends across the Lower 48 states.
Temperatures and air-conditioning demand have been persistently above average since May and gas-fired units remain the marginal suppliers to the electricity network ensuring heavy run rates.
As a result, there has been a relentless squeeze on gas inventories, which have fallen below the pre-pandemic five-year seasonal average since late January, driven by a combination of higher generation and faster LNG exports.
Working gas stocks currently sit 386 billion cubic feet (14 per cent) below the pre-pandemic five-year seasonal average and show no sign of recovering.
Gas and electricity shortages are likely to keep prices relatively high throughout winter 2022/23 – especially given ongoing LNG demand from Europe as the region tries to replace Russian gas.–Reuters
Share