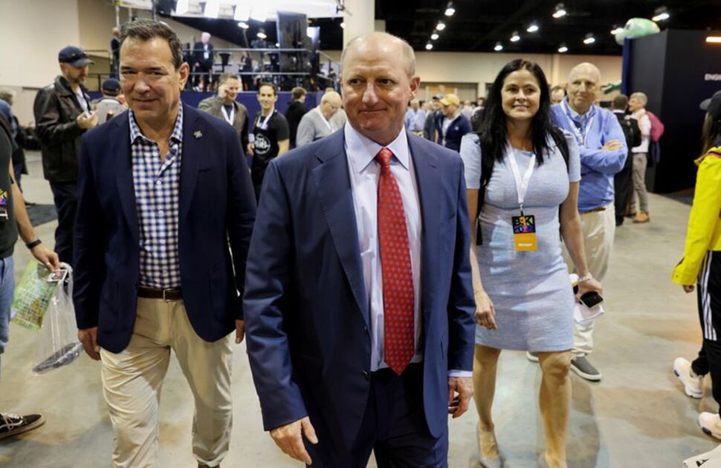 Berkshire Hathaway said  that Vice Chairman Greg Abel, who is next in line to succeed billionaire Warren Buffett as chief executive, sold his 1 per cent stake in the company's Berkshire Hathaway Energy unit for $870 million.
In its quarterly report, Berkshire said the energy unit bought out Abel in June under an agreement among them and the family of the late billionaire philanthropist Walter Scott, which owns an 8 per cent stake.
Buffett's Omaha, Nebraska-based conglomerate took a $362 million charge to capital, reflecting the premium over how much the stake's value was reflected on its books.
Berkshire now owns 92 per cent of Berkshire Hathaway Energy, whose businesses include energy, utility and pipeline operations and a large US real estate brokerage.
Scott, an Omaha native, was a longtime Berkshire director and Buffett friend who died last September at age 90.
Abel's sale suggests that the Scott family's stake may be worth $7 billion. Berkshire ended June with more than $105 billion of cash.
"I suspect that if Abel is selling, Walter Scott's estate might also liquidate," said Edward Jones & Co analyst James Shanahan.
CFRA Research analyst Cathy Seifert added: "It was a little surprising there wasn't an earlier regulatory filing for such a significant transaction."
Shanahan and Seifert cover Berkshire.
Scott's family could not immediately be reached for comment. Berkshire Hathaway Energy did not immediately respond to a request for comment.
Abel, 60, a hockey fan who grew up in Edmonton, Alberta, joined Berkshire Hathaway Energy, then known as MidAmerican Energy, in 1992, eight years before Berkshire took it over.
He became MidAmerican's chief in 2008, and Berkshire's vice chairman overseeing its dozens of non-insurance businesses in 2018.
Buffett turns 92 on August 30. He said in May 2021 that if he stepped down, Abel would become Berkshire's chief executive.
Abel and Ajit Jain, a Berkshire vice chairman overseeing its insurance businesses, were each paid $19 million in each of the last three years. Buffett sets their compensation.
Shanahan said Abel's sale "makes me wonder if he will buy Berkshire stock. He doesn't own very much, and might use proceeds to have more skin in the game." -Reuters
Share