Drax to sell 2m carbon credits from US projects 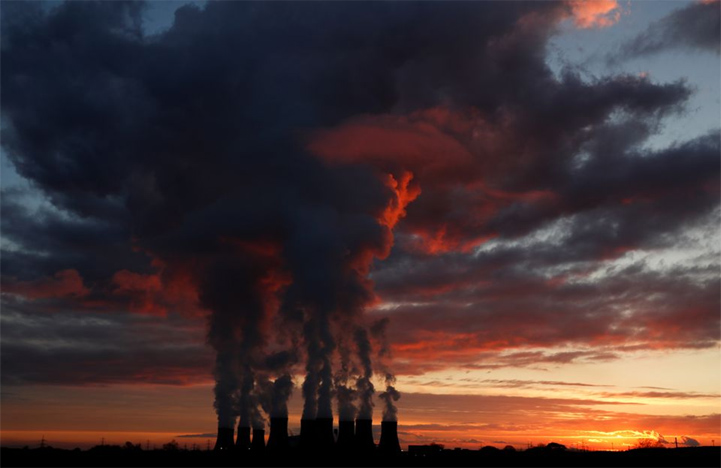 British power generator Drax has signed a memorandum of understanding with carbon finance firm Respira International which could see Drax sell up to 2 million carbon removal credits from proposed biomass projects in the United States, the companies said.
Drax is developing technology to capture and store emissions generated at its power plants which burn wood-based biomass pellets in Britain and is seeking to build similar projects in the United States by the mid- to late 2020s.
Under the memorandum of understanding announced Respira International has the option to buy up to 2 million tonnes of carbon removals over a five-year period from future Drax operations in the Unites States.
"Securing commitments from customers to buy the removal credits is a big part of what will enable the project to proceed," Drax commercial director Angela Hepworth told Reuters.
Drax says that as well as the plants capturing the emissions they create by burning pellets, the absorption of greenhouse gases during the growth of the wood means their overall impact is carbon negative, allowing the projects to generate carbon removal credits.
Many companies have set net zero emissions targets which will require them to purchase carbon offset credits to compensate for the emissions they are unable to cut themselves, with some companies, such as Microsoft willing to pay a premium for removal credits, which take carbon emissions out of the atmosphere.
Green groups have criticised the burning of wood biomass pellets, arguing it is not a carbon-neutral method of energy generation and that pellet production can contribute to deforestation.
Drax says it only uses wood residuals or byproducts from trees primarily used for lumber, and that demand for wood from sustainable managed forests can help increase forest growth.
No financial details of the deal were disclosed. -Reuters
Share