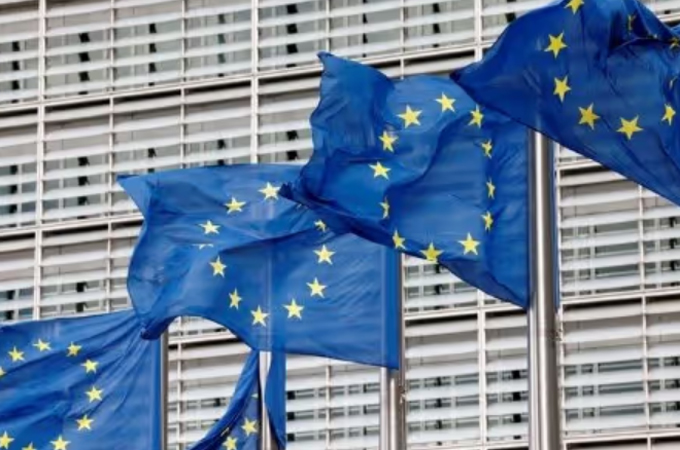 European Union governments failed to agree on a price cap on Russian seaborne crude oil, as Poland insisted that the cap had to be set lower than proposed by the G7 to cut Moscow's ability to finance its invasion of Ukraine, diplomats said.
"There is no deal. The legal texts have now been agreed, but Poland still can't agree to the price," one diplomat said. No new date for talks has been set yet, diplomats said, even though the price cap mechanism is to enter into force on December 5.
If there was no agreement on the G7 price cap idea by next Monday, the EU would implement harsher measures agreed at the end of May - a ban on all Russian crude oil imports from December 5 and on petroleum products from February 5, Polish diplomats said.
Hungary and two other landlocked central European states secured exemptions from that ban for the pipeline imports they rely on.
The Group of Seven (G7) nations has proposed a softer version of the EU ban to keep oil supply to the global economy steady, because Russia supplies 10 per cent of the world's oil.
It proposed that the EU and other global customers keep buying Russian crude, but only if its price is at or below a G7 agreed level. That would cut the Kremlin's revenues.
The G7 has proposed a cap of $65-70 per barrel, but Poland and some others argue this will not hurt Moscow because Russian crude is already trading below that range at $63.50.
With Russian production costs estimated at around $20, Moscow has a very large profit from its oil exports. Poland, Lithuania and Estonia have been pushing for a price cap of $30 per barrel.
"The Poles are completely uncompromising on the price, without suggesting an acceptable alternative," the EU diplomat said. "Clearly there is growing annoyance with the Polish position."
Malta, Cyprus and Greece were worried the G7 cap proposal was too low, hitting their large shipping industries, but diplomats said they got some concessions in the legal texts and were no longer an obstacle to a deal.
The idea to enforce the G7 cap is to prohibit shipping, insurance and re-insurance companies from handling cargoes of Russian crude around the globe, unless it is sold for less than the price set by the G7 and its allies.
Because the world's key shipping and insurance firms are based in G7 countries, the price cap would make it very difficult for Moscow to sell its oil for a higher price. -Reuters
Share