Oil jumps on hopes for easing in China's Covid controls 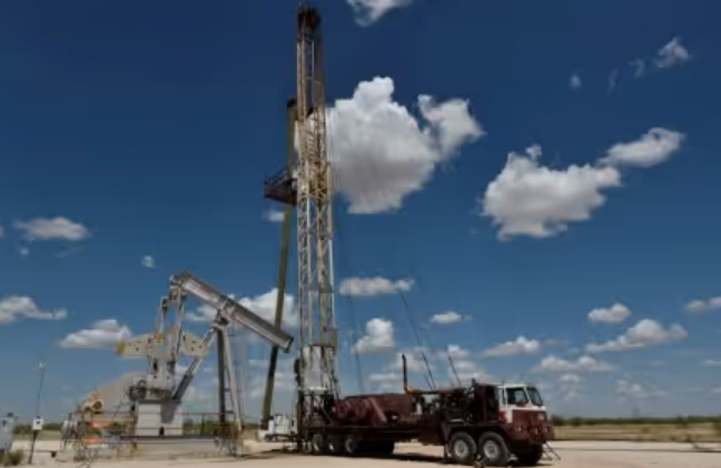 Oil jumped on, buoyed by hopes that China would relax its Covid-19 controls after rare protests against the country's zero-Covid strategy over the weekend in big Chinese cities.
Brent crude futures advanced $1.4, or 1.7 per cent, and traded at $84.57 a barrel at 0645 GMT. U.S. West Texas Intermediate (WTI) crude futures rose $1.17, or 1.5 per cent, to $78.39 a barrel.
Both benchmarks gained more than $2 earlier in the day.
China held a news conference on Covid prevention and control measures at 3 p.m. (0700 GMT) on Tuesday amid record Covid infections and protests in Shanghai and Beijing. Asian shares also rallied as unsubstantiated rumours swirled that the unrest might prompt a loosening of the Covid restrictions. Similar rumours have caused markets to zig-zag in recent weeks.
The rare street protests in cities across China over the weekend were a vote against President Xi Jinping's zero-Covid policy and the strongest public defiance during his political career, China analysts said. Beijing has stuck with the zero-Covid policy even as much of the world has lifted most restrictions.
Oil prices are also supported by the expectation that major oil producers would adjust their production plans at the upcoming meeting.
The Organization of the Petroleum Exporting Countries (Opec) and allies including Russia, known as Opec+, are set to hold a meeting on Decmber 4. Analysts at Eurasia Group suggested in a note on Monday that weakened demand out of China could spur Opec+ to cut output.
"Although this is merely a guess ... not the official statement from the Opec, it still reflects the near-term market sentiment and is likely to be the turning point of the oil prices," analysts from Haitong Futures said in a note.
OPEC+ started to lower its output target by 2 million barrels per day (bpd) in November, aiming to shore up oil prices.
Markets are also assessing the impact of an upcoming Western price cap on Russian oil.
Group of Seven (G7) and European Union diplomats have been discussing a cap of between $65 and $70 a barrel, with the aim of limiting revenue to fund Moscow's military offensive in Ukraine without disrupting global oil markets. Russia calls its actions in Ukraine "a special operation".
But EU governments failed to agree on Monday on the cap, with Poland insisting the cap should be set lower than proposed by the G7, diplomats said.
The price cap is due to come into effect on December 5, when an EU ban on Russian crude also takes effect. -Reuters
Share